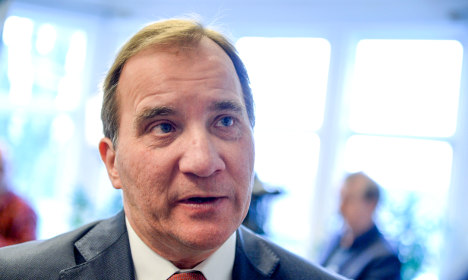 Prime Minister Stefan Löfven. Photo: TT
Alfred Kollberg, a 7-year-old Swede, couldn't get his head around the fact that Swedes change their clocks twice a year in line with the seasonal changes. So he took matters in his own hands and penned a letter to the prime minister of Sweden.
"Wouldn't it just be better to skip the whole thing?" he wrote, reported Swedish broadcaster Sveriges Television (SVT).
When contacted by SVT later, Kollberg said he thought the whole concept was a waste of time.
"It all seems a bit unnecessary, can't we just have the same time all year round?" he said.
Prime Minister Löfven didn't waste any time responding to the boy.
"While it might seem a bit tricky changing the clocks twice a year, it's a rule we've had in Sweden since 1980," he wrote. He added that the move allows Swedes to make better use of the daytime hours and allows better cooperation with other countries in the EU.
Kollberg told SVT that he considered Löfven's letter to be "a good response".