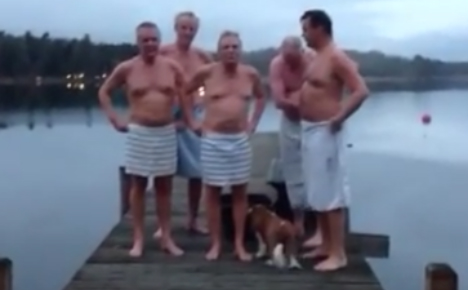 The "Ice bucket challenge" trend began in the US earlier this year and went viral during the summer. The gesture became a common feature of social media in the ensuing months and Swedish legal eagles felt the run up to Christmas was their time to act.

The group of half-naked middle-aged men gathered in Stockholm's archipelago to submit to the deed and they have posted a video of their endeavours on Youtube as is the custom.

ALS stands for amyotrophic lateral sclerosis and is also known as Lou Gherig's disease after a baseball player. The disease is a neurodegenerative disorder and only 4 percent of sufferers survive longer than 10 years after diagnosis.