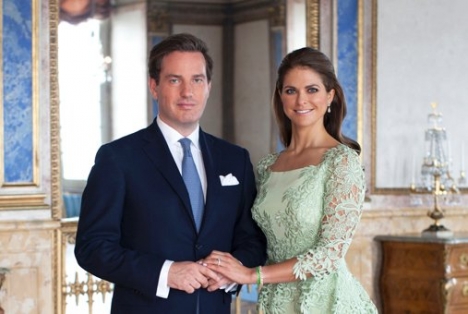 Photo: The Royal Court
Princess Madeleine and O'Neill have fairly advanced plans to move from their home in New York City, the couple confirmed in the Sveriges Television programme "A year with the royal family 2014".
"We will in the near future move to Europe," the princess said.
"We have our families here," she continued.
IN PICTURES: Princess Madeleine through the years
The couple currently live in Manhattan with their baby daughter Leonore. The royal family recently made an announcement that the couple were expecting their second child, who will be sixth in line to the Swedish throne. Princess Leonore Lillian Maria at her baptism in June. Photo: TT
The Royal Court made the announcement last Friday afternoon, stating that it was "better to be proactive than to allow speculation".
IN PICTURES: Princess Leonore's baptism
The baby is expected in summer next year.

2015 promises to be something of a royal year in Sweden as Prince Carl-Philip is due to to tie the knot in June.

Princess Madeleine and her American husband were married in Stockholm on June 8th, 2013.