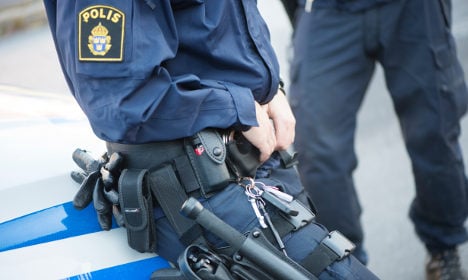 Police received over 15,000 firearms. Photo: TT
Thirty-six tonnes of ammunition and over 15,000 weapons were given up in the first nationwide weapons amnesty for seven years.
Sweden's National Police Board carried out the three-month drive early last year, but officers only released the final results on Tuesday.
Sweden has only had two other amnesties, the most recent in 2007 – when 13,000 firearms were handed over by the public together with 14 tonnes of ammunition – and in 1993, when there were 17,000 firearms and 15 tonnes of ammunition.
Police wrote that the final result was "surprising" considering the volume of illegal weapons discovered dropped after the first amnesty.
Among the weapons handed in were four assault rifles, four machine guns and 30 sub machine guns.