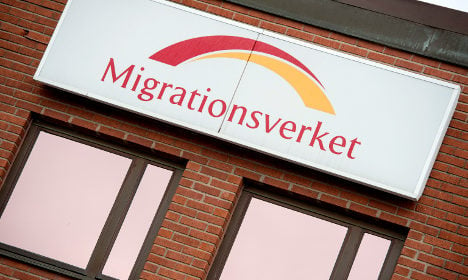 7,000 unaccompanied children sought asylum in Sweden last year. Photo: TT
A total of 81,300 people found refuge in Sweden in 2014, a jump of almost 50 percent from the 54,300 in 2013.
Among the refugees, 7,000 were children arriving without their families – almost double the figure from the previous year.
A law change that came into effect last January means that the unaccompanied minors can be sent to any municipality in the country, regardless of whether the municipalities want them or not.
Some consider the influx to be problematic, including Patric Åberg of the city council in southern Sweden's Östra Göinge.
"We have taken in unaccompanied minors since 2011, but the problem is that the municipalities taking in many of them have to take in even more – and we think it's devastating," he told the TT news agency.
He says that his municipality simply doesn't have the room to house so many children, and that other parts of Sweden should step up and take their share.
The municipality has requested an official court inquest into the matter.
"We think there is a gap here and that we can get around it. We want the system to be changed at a fundamental level," he added.
A spokesman at the Migration Board argued that the change in the law has been positive.
"The municipalities have shown a great deal of understanding for the new system, which means a much more even divide of children across the country," he said. "They should be commended for their efforts in a year that saw historic levels of unaccompanied children."
In 2014 Sweden took in its highest number of asylum seekers since 1992, when refugees flocked north from the Balkan war. The refugees came mostly from Syria, with a total of 30,600 fleeing to Sweden – 14,300 more than in 2013.