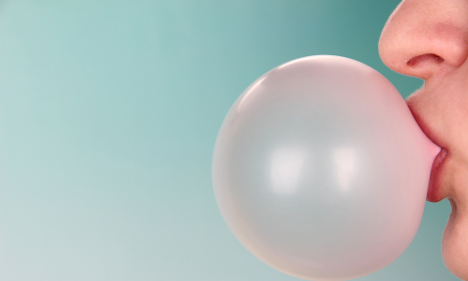 Photo: TT
Police say that the latest raid took place in the town of Nässjö on New Year's Eve, with a man later arrested for taking gum worth 3,000 kronor. He later told officers that he had been "planning to give bubble gum to his friends," according to reports in local newspaper Smålands Dagblad.
The same store was also targeted in November 2014, when 184 packets worth 2,373 kronor were taken. That suspect said he had been planning to swap the gum for a jacket.
A different shop in Tranås has separately reported a gum theft worth around 10,000 kronor, with shop staff reporting that one or more offenders visited the store on several occasions to take away hundreds of bags of chewing gum.
"I have no idea why chewing gum has become such a popular thing to steal. It has no value unless you steal so many packages," Lasse Johansson, a police press officer in Jönköping told the newspaper.
He added that anyone caught stealing gum worth more than 10,000 kronor could be charged with theft, while those taking less than that would more likely be charged with shoplifting.
Investigations continue.