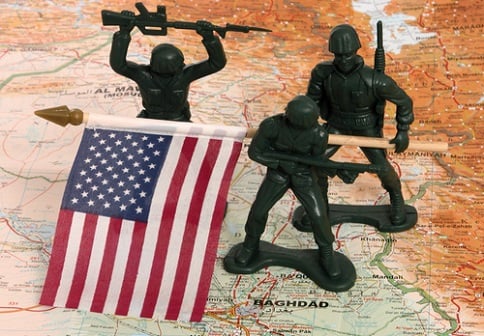 Developments in Europe emerging from actions of Russia in Ukraine have fueled the decades-long debate on occupation, colonialism and imperialism.

With world powers forming a grand coalition against Russia, East-West sentiments have been pushed to record levels since the 1989 fall of the Berlin Wall. This article is not intended to challenge the move by the United States and its European allies against Russia’s actions, but rather to unveil the underlying hypocrisy of these allies on the subject of occupation. It is an effort to underscore the often-neglected cases where these allies are highly culpable on the same charges as Russia.

That said, the question I will pose to anyone reading this piece is who will hold these allies responsible for their actions, the way Russia has been hold responsible for its methods.

Russia’s annexation of Crimea following the crisis in Ukraine was a very unfortunate act. Apart from President Putin breaching the very agreement signed by his predecessor on security assurances to Ukraine after the nation gave up its nuclear stockpiles, there is no justification whatsoever for any country to invade another country and seize territory.

This move by Russia attracted immense criticism from major powers across the world, with President Obama ranking Russian aggression as global issue #2 after Ebola while addressing the 69th UN general assembly. Crippling sanctions from the US and the EU have seen the Russian economy shrink to record levels, accompanied by global isolation which even saw Russia being suspended from the G8 league.

But much as I feel that Russia deserves this, I also believe that many more deserve what Russia is going through today. As we rightly condemn Russia for aggression and bullying a weak neighbour, we should not forget that a number of other countries have either gone through or are undergoing what Ukraine is going through at Russia’s hands. We should stand with all these countries and peoples who are suffering the effects of occupation and aggression across the planet.

The families of over 2,500 people murdered by the United States in its infamous and illegal drone campaigns in Yemen, Pakistan, Somalia and many other countries, we should stand with them against this sophisticated and unpredictable US aggression. We should stand with the people of Iraq whose country was vandalized in an illegal invasion led by the United States in 2003 after bombing Afghanistan.

Yes, we should stand with the people of Libya whose country, a former glory of Africa, is now a failed state and a breeding ground for extremists and terrorists as a result of the US, France and allies’ bombs that violated UN resolution 1973.

More so, the whole world should stand with Palestine whose people, for nearly half a century, have lived under US-backed Israel occupation. Efforts from countries like Sweden to recognize the State of Palestine should be followed by serious condemnation and possibly sanctions against Israel and all those backing this illegal occupation project.

So, much as Russia’s actions are regrettable, those of the US and allies in the aforementioned cases and more are deplorable as well and must be condemned. All these actions constitute what today Russia is accused of – aggression and occupation. These and more are simple truths, but there is a sustained campaign to turn the message upside down.

We should debunk the idea that there is ‘bad and good aggression or occupation’, just as we refuse to accept the often used notion of ‘good and bad dictators’. Like dictatorship, all forms of aggression/occupation are bad and must be condemned and punished altogether.

That said, the fundamental question that lies before us relates to who will hold the US and its allies responsible for their transgressions?