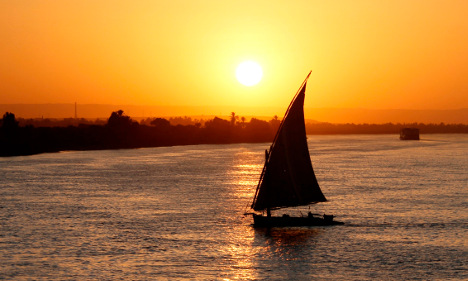 A fishing boat near Aswan, where the find was made. Photo: TT

The discovery, one of several finds by a team from Sweden's Lund University, was made near Aswan, 850 kilometres from the Egyptian capital.

Thot, the ancient god of wisdom, is depicted with the body of a man and face of an ibis sacred bird.

The wall relief was found in a quarry north of Aswan used to supply stone to build the famed Karnak and Luxor temples in the city of Luxor.

The other finds include a sphinx-shaped statue and another relief showing two obelisks being transported which experts say could date to the time of 18th dynasty Queen Hatshepsut.