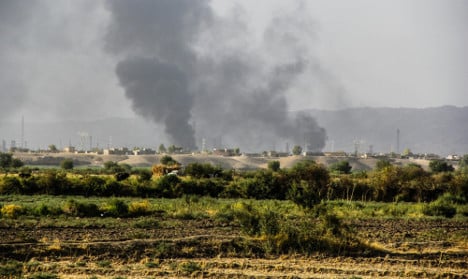 The men, who were both from Örebro in central Sweden died on Sunday, according to sources at a Muslim group in the town, speaking to Swedish broadcaster SVT on Monday.

Mahdi Warsama, president of the Horn of Africa Association said that the two men had previously travelled back and forth between Sweden and Iraq on several other occasions.

He told the broadcaster that the Swedish-Somali men’s parents had tried to stop them because they were concerned that they might join Isis or another radical group.

“We heard the news yesterday (Sunday) from their parents. They are in mourning now, and we are sending condolences and support as best we can,” he told SVT.

“Now we must work to prevent [other] young people going to this tragic war,” he added.

Up to three hundred young people are feared to have travelled from Sweden to Iraq and Syria to fight alongside Isis.

On Monday Sweden’s Foreign Minister Margot Wallström announced that she wanted to send Swedish military staff to Iraq, to train soldiers on how to fight against Islamist extremists.

She told the Local that the move was designed to "share responsibility" for tackling extremism: "The Government is now looking into the possibility of proposing to the Riksdag that Swedish military personnel be sent to Erbil, Iraq, to help train troops fighting ISIL. This would be an important contribution to show that we want to share responsibility for meeting a difficult threat…This contribution will not involve active combat."