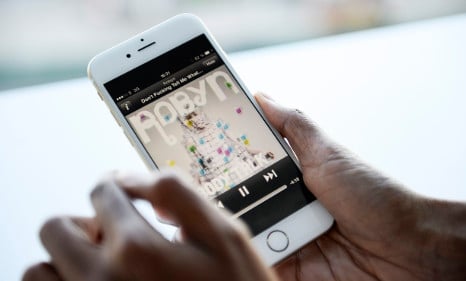 Is Ericsson's technology used in iPhones?
The complaint came after Apple filed a case Monday against the Swedish company, claiming that Ericsson's fourth generation mobile LTE wireless technology patents are not essential to industry standards and that the Swedish company was demanding excessive fees to renew a licensing agreement.
"We have made an offer to Apple which is in accordance with our fair, reasonable and non-discriminatory commitment," Kasim Alfalahi, Ericsson's head of intellectual property, told AFP, adding that the company's licensing system does "not discriminate against any player in the industry."
In the court document Ericsson argued that its technology was behind the phenomenal success of smartphones "such as the iPhone" and that Apple was trying to get an unfair advantage over its competitors.
"Without LTE technology and Ericsson's inventions… smartphones and other mobile devices would not be able to provide the constant on-the-go access to video, streaming media, and gaming that we are accustomed to today," the company wrote.
It added that it reinvests much of its licencing revenue into a $5 billion (4 billion euro) research and development budget.
Ericsson also claimed that Apple's complaint to the court "honed in" on a handful of patents rather than referring to global patent agreements which was how the mobile telecom industry worked.
However the Swedish company struck a conciliatory note in a statement which called Apple "a valued partner."
"Our goal is to reach a mutually beneficial resolution with Apple," the statement said, adding that the company hoped to continue its partnership with the US technology giant.
Ericsson no longer makes mobile phones but builds equipment for mobile networks, and has more than 35,000 technology patents and 100 patent-licensing agreements worldwide.