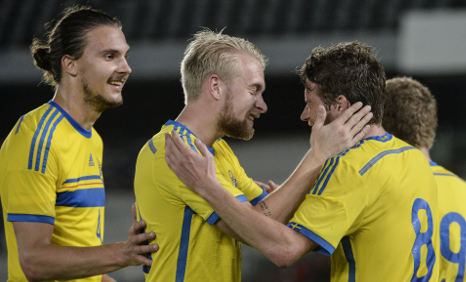 The Elephants held their European rivals 0-0 during the 45 minutes before Helsingborg's Johan Maartensson made the breakthrough in the 64th minute for Sweden.

CSKA Moscow striker Seydou Doumbia had a golden chance to equalise for the Ivorians, when set up perfectly by Saint-Etienne's Max-Alain Gradel on 73 minutes, but missed from close range.

IF Elfsborg midfielder Marcus Rohden then put the result beyond doubt with four minutes remaining as Herve Renard's side suffered a setback in their bid for a second African title after their sole triumph in 1992.

Sweden – which played an unfamiliar line-up including nine international newcomers – appeared thrilled with the result.

"I thought that if we did a really good job so we there was a possibility of getting a draw. I had probably found it difficult to dream of a victory today, given their circumstances and ours."

The Ivory Coast open their Nations Cup campaign in Group D against Guinea in Malabo on January 20 before matches against Mali and Cameroon.