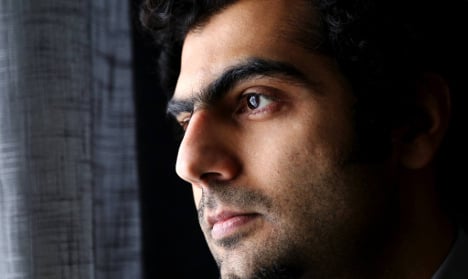 Swedish entrepreneur Asim Mehmood. Photo: Private
Sweden is one of the most beautiful countries on earth. It has a natural beauty and a beauty in society that allows different cultures, values and norms. There is no doubt that most Swedish people are lovely and have big hearts. I love them, but something is going wrong.
Today, as a Muslim in Sweden, I feel depression in the air.
Sometimes I get worried that someone might hit or bully my wife in future at a bus stop if she wishes to wear a hijab, will attack my father for having a beard, or tease my kids for being different. I felt this after the recent attacks on mosques in Sweden and after the Paris shootings.
Why are we heading towards hatred? It seems to me that only Muslims are classified as 'terrorists' in Europe. If someone else kills, they are seen as 'mentally sick'. Why the double standards?
I think there is growing Islamophobia because the media highlights criminals that belong to the Muslim faith, as terrorists. They hype up the connection and link terrorism with religion. But western soldiers are not called terrorists when they invade Iraq, kill more then 116,000 civilians and don't find any chemical weapons. They are not called terrorists when they kill children playing in Gaza or shoot at unarmed civilians or journalists in Gaza in breach of UN and international law.
When we talk about Muslims as terrorists, we fail to understand that the biggest victims of terrorism are Muslims themselves. According to the 2014 Global Terrorism Index, 82 percent of all deaths from terror attacks occur in just five countries: Iraq, Afghanistan, Pakistan, Nigeria and Syria. All of them are Muslim countries, besides Nigeria where Muslims make up 43 percent of the population. Terrorist groups are killing non-Muslims and Muslims alike, but Muslims are a major target.
Plus, the big question is, who is supplying weapons to them? Often non-Muslim countries.
To the criminals out there, who are a tiny proportion of the 1.6 billion of us around the world, I must ask: "How does it help Islam if someone kills or abuses others on the basis of their religion?"
It is against Islamic teachings.
Holding an Islamic flag with some Arabic words on it doesn’t make someone Islamic or a Muslim.
As a Muslim, I want to make it clear that what Isis or Boko Haram and the Taliban is doing is totally unacceptable. Terrorism has no religion.
Muslim and non-Muslim terrorists should be brought to account according to the same standards.
What happened in Paris is ferocious. Such killings are totally un-Islamic. We should not forget that a policeman was killed in this attack and a supermarket worker saved many lives. Theses heroes were Muslims and this should have been highlighted even more by the media.
Islam is a religion that promotes freedom of speech, but at the same time Muslims are also taught not to hurt someone’s feelings and to respect others. Others should learn from this.
There are numerous examples of European media controlling free speech to prevent hurt, so why are there often double standards when it comes to Islam?
Day by day things are getting worse for Muslims in Sweden. The mosque attacks in places like Uppsala are the biggest example. Such incidents are creating a sense of insecurity among Muslims.
The government must deal with Islamophobia. One solution is that the government or local municipalities with the help of media should invite reputed Islamic scholars to participate in open debates to help clear up misconceptions about Islam.
I am sure that some people reading this will try and come up with verses from the Koran which – taken out of context – may be used to negate what I have just said. But to those people and to Islamophobes in Sweden and worldwide, I want to tell you that you are still dear to me.
May the blessing of Allah be upon all of you. I am a Muslim and I want to greet you in a peaceful way, in accordance with my religion.
Let's all live with happiness and love.
To limit the overwhelming burden on our moderators, it will not be possible to comment on this article. Feel free to join the conversation on our Facebook page.