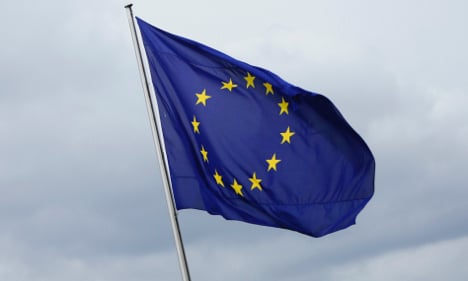 Photo: TT
Talks on an EU FTT have been taking place since the idea was first raised by the European Commission in 2011.
Following the global financial crisis, the Commission argued that a tax on stocks, bonds and derivatives could raise up to 57 billion euros ($64 billion, 533 billion kronor) a year for the EU, if it was implemented across all 28 member states.
But discussions over an EU-wide implementation of the measure became deadlocked, with countries unable to agree on the transactions which would be taxed, as well as the level of taxation.
On Thursday, a letter written by Austria and France to the other EU members attempted to introduce a compromise idea. The two countries suggested that the taxes should be applied at a lower rate than previously proposed, but across a wider range of services.
The FTT question, according to Fredrik Kornebäck, press officer at the Swedish Ministry of Finance, will not feature on the agenda at the European finance ministers​' meeting (ECOFIN) scheduled next week in Brussels. He added that it was not an issue that finance minister Magdalena Andersson has recently addressed.
Germany and France, the main supporters of the FTT, first pushed for an EU-wide implementation starting in 2014, but faced strong resistance from other EU countries, particularly the UK and Sweden.
The UK is concerned that the tax could push business away from London, home of Europe's biggest financial sector and even launched a legal battle to try and stop the tax. Sweden has also said previously said it is concerned about the tax's impact on business, both in Sweden and in Europe in general. Sweden faced economic problems after introducing its own FTT during the 1980s.
Both countries – which are not in the Eurozone – have also criticized the "secretive" way that countries using the single currency have conducted talks on various FTT proposals.
Following the new idea outlined in Thursday's letter, Austrian finance minister Hans-Joerg Schelling said: "This fresh direction would be based on the assumption that the tax should have the widest possible base and low rates."
France's finance minister Michael Sapin added that the tax would need to be carefully designed to ensure financial services industries did not move away to lower tax regimes such as Hong Kong or Singapore.
EU discussions on the complex proposals are ongoing.
More than 40 countries currently levy some form of FTT, raising over €29 billion in taxes annually.
Url copied to clipboard!