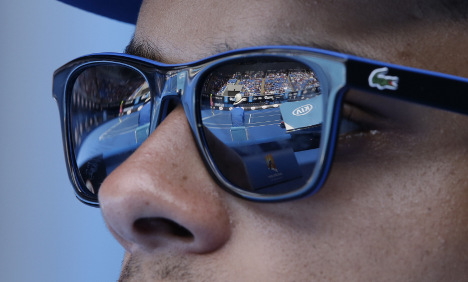 Photo: TT
The glossy, asymmetrical balconies are reflecting light into the homes of people who live opposite them and are also a potential traffic hazard, according to reports in Stockholm newspaper Mitti.se.
"It is awful. It's like looking into strong vibrant spotlights while sitting at the kitchen table," Lotta Vidén one local resident told the paper.
"The houses are cool. But when you cannot live normally and have to walk around with sunglasses at home, it is not fun," said another local.
Another, Barbro Vallarta Anderson, said he was not able to sit on his balcony since the new apartments were built.
"If you build in brushed aluminum you must surely understand that it is affected by the sun," she said.
After several complaints, the municipality has inspected several homes in the area and asked the firm that built the new apartments, Wallenstam, to investigate.
According to Mitti, Wallenstam is now going to attach a plastic film on some balconies to try and suppress the glare.
The municipality was also quizzed by the newspaper about why it did not spot the potential problem when granting a building permit to the company.
"We've been thinking about that too, but it's a very exceptional building," Anna Larsson, a spokesperson for urban planning told the paper, adding that it was up to Wallenstam to deal with the consequences.
It is not the first time that a shiny new building in Europe has had unintended consequences. A skyscraper in London nicknamed the Walkie Talkie reflected sunlight so strongly it melted part of a sports car parked below, in September 2013.