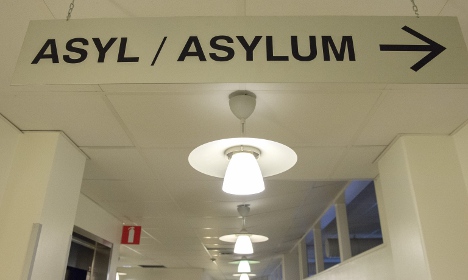 A new prognosis by Sweden’s Migration Agency (Migrationsverket) brings the number of predicted asylum seekers down from the figure of 95,000 suggested in November 2014 to 90,000.

Fredrik Bengtsson, a spokesman for Migrationsverket, told The Local that armed conflicts in Northern Africa are making it more difficult for migrants to get to Europe.

“The main reason for the predicted number going down is that it has become more dangerous to travel through Africa to Europe. This leads to costs of smuggling people across borders going up, which affects people from a poorer background more than people from a wealthier background. So we are still seeing a lot of Syrians migrating to Sweden, but fewer Eritreans.”

But on the whole Migrationsverket expects the numbers to remain at their highest ever.

“Our ‘main scenario’ has gone down, but we are still within the margin of error. The larger interval we’re operating within is still between 80,000 and 105,000 refugees. Last year the number of asylum seekers was 81,000. That can be compared to 1992 during the conflict in former Yugoslavia, but the difference now is that we’re seeing this over a longer period of time,” said Fredrik Bengtsson.

“The situation in the world is not getting better and we are expecting very many people to still want to come to Sweden. But the most important thing is not the number of asylum seekers as such, but rather that the country Sweden begins to plan for their arrival. Migrationsverket’s prognoses are our way of flagging this up to the government, to tell them to start organising schools, housing and so on.”

To help municipalities in Sweden manage the growing numbers of migrants, Migrationsverket is set to trial a new public procurement model for housing centres, to cap the numbers of asylum seekers being lodged in municipalities which have already accepted a large number.

“Through the new model we hope to be able to better decide where new housing centres for asylum seekers are opened,” said Fredrik Bengtsson.

Sweden currently takes in more refugees per capita than any other European country. It received asylum applications from 54,259 people in 2013, up from 29,648 2011.