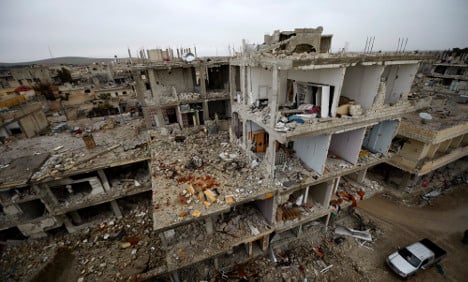 The 25-year-old who has not been named by Swedish media has not been seen in his neighbourhood since last autumn.

Comments on social media traced by Swedish broadcaster SVT suggest that he went to Syria and was killed while fighting alongside Isis (also known as the Islamic State).

Police in the city say they already had suspicions that he had left the country to join an extremist group and believe the broadcaster’s information to be credible.

Fears up to 300 Swedes fighting with Isis

Officers however told the TT news agency that it was up to Sweden’s Foreign Ministry to confirm the man’s death.

Johan Tegal, a spokesperson for the ministry’s press office said:

“We note the obvious media reports that Swedes are dying in battles in Syria… But the situation there makes it very difficult to obtain such data confirmed.”

In early January, two men aged 23 and 24 who were also from Örebro died fighting in northern Iraq. The pair were ask understood to have joined Isis.

Up to three hundred people are feared to have travelled from Sweden to Iraq and Syria to fight alongside Isis.

Last month Sweden’s Foreign Minister Margot Wallström announced that she wanted to send Swedish military staff to Iraq, to train soldiers on how to fight against Islamist extremists.