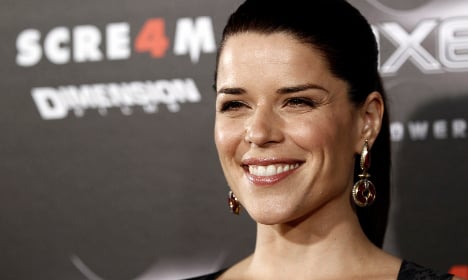 The hit Swedish TV show about expat life in Sweden will see the ‘Scream’ actress play Diane, an American transferred to Stockholm to work as head of marketing at a bank, in a four-episode arc.

“It feels great. We sent Neve the script and she liked it,” Greg Poehler told Swedish newspaper Aftonbladet.

The sit com is currently shooting its second series and is set to air on TV4 in Sweden, NBC in the US and Bell Media in Canada.

Poehler, an eight-year veteran expat in Sweden, wrote the show based on his own life in Stockholm, and it has featured some big-name cameos from the likes of his sister and co-producer Amy Poehler herself, Will Ferrell, Aubrey Plaza and Swedish stars Malin Åkerman and Lena Olin.

It follows Poehler's character Bruce – a New York accountant and Sweden love refugee – and Emma, as they navigate their new life together in Stockholm.

Unlike the first series, set in an idyllic Stockholm archipelago in summer, the new season takes a darker turn in snowy Stockholm streets and the seemingly never-ending darkness of the Swedish winter.

"The first series was just summer and sun. We're now showing you the Swedish winter, which is so long it feels like two winters," said Greg Poehler.