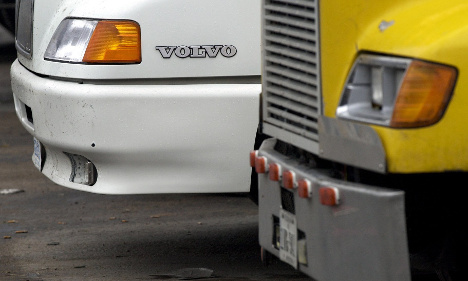 The group's net profits plunged 41 percent in 2014 to 2.1 billion kronor ($254 million, 223 million euros) compared to the previous year, largely due to a 30 percent drop in construction equipment deliveries towards the end of the year.

Overall sales grew by 4 percent in 2014 to 282.94 billion kronor and Persson said the company's cost-cutting measures — including the loss of 3,200 white collar workers since the end of 2013 – were "paying off" and helped cut its net financial debt by 10 billion kronor in 2014.

He said a further 1,000 jobs would go in the construction equipment business in Poland, Brasil and the US as several products were discontinued and design and manufacturing was transferred to China.

In November Volvo indicated that it was setting aside 400 million euros to cover a potential antitrust fine from the European Union in the event that it was found guilty in an EU investigation into price rigging with competitors.