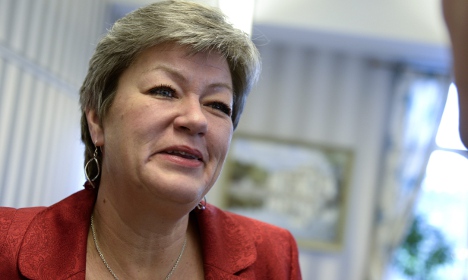 While Sweden has made global headlines for taking in more refugees per capita than any other EU nation, these immigrants are largely clustered on the outskirts of major cities in the south, with some parts of the country currently taking in just a handful of newcomers.

Sweden’s Social Democrat integration minister Ylva Johansson has announced that she is drafting a new law designed to make sure all regions take in asylum seekers and offer help with jobs and housing.

“The distribution is unreasonable. We need to make changes in the law for everyone to take responsibility,” she told Swedish newspaper Sydsvenskan on Thursday.

She said that the bill’s core details were still being worked out, but that the main principle was achieving a “more even distribution” of refugees between Sweden’s 290 municipalities.

“We need legislative changes to ensure that all local authorities take responsibility for refugee protection,” she added.

Ylva Johansson was speaking from Malmö in southern Sweden, which is an increasingly popular location with asylum seekers due to regulations which allow immigrants to stay with friends and relatives who have already moved to the area rather than being allocated accommodation in areas selected by Sweden’ Migration Board.

Johansson described the policy as a “tremendous problem” and said that the government was reviewing the law.

She added that she wanted to cut the amount of time it typically takes a refugee to get a job in Sweden to two years. On average, asylum seekers usually find work after six to eight years.

“Those who are sick and traumatized need a much longer period of time. But those who are healthy and ready should do it in two years,” she told the newspaper, adding that she supported more training schemes that mix work placements with Swedish lessons.

Reacting to calls from the UN this week urging other EU countries to be forced to take a larger share of asylum seekers, she added:

“Other EU countries must take greater responsibility. But I do not want to achieve it by making it more difficult or worse for people to come to Sweden.”

The country’s opposition centre-right Alliance bloc, which formed the previous coalition government is also in favour of maintaining Sweden’s open borders and the four parties it includes are working on their own integration policies.

On Thursday afternoon the leader of Sweden's biggest opposition party the Moderates, Anna Kinberg Batra, proposed strengthening the requirements for family stream immigrants in an interview with broadcaster SVT.

In April 2010 Sweden became the first country in the EU to legislate income requirements for immigrants who want to bring their families to Sweden. But Kinberg Batra accused the law of being toothless.

She said: "Sweden takes a great responsibility to protect people who are fleeing war zones and should continue to do so. At the same time, it ought to be an obvious principle that all residents in Sweden – whether born here or not and no matter the reason why they have come – should do everything in their power to get themselves into work."

The country’s nationalist party, the Sweden Democrats, which won 13 percent of the vote in the last general election in September 2014 is the only party in Sweden in favour of cutting immigration numbers.