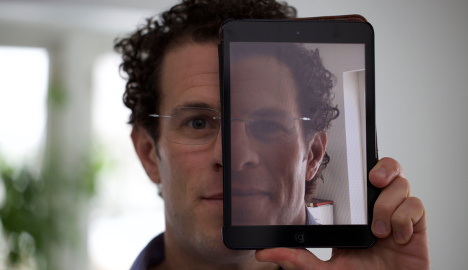 The travel industry is still more concerned with expanding than with encouraging more sustainable forms of tourism, according to American travel writer and lecturer Doug Lansky.

Next week, he will be one of ten speakers at Differentia – the latest TEDx Stockholm event – which will be tackling the issue of how professional and cultural diversity can inspire innovative solutions.

In his talk, called ‘How to fix travel’, Lansky will be suggesting ways to make travel more sustainable and culturally enriching – though he admits the topic is a little ambitious.

“I wanted a title that was short and catchy but also a challenge. I suppose a lot of people’s reactions will be: ‘Well, I didn’t know it was broken in the first place’,” he tells The Local.

Brought up in Minnesota in the US, Lansky first started travelling while a student, then spent two and a half years going around the world. It was during his travels that he met his Swedish wife.

Eventually, he landed his dream job, beating thousands of other candidates to become a travel columnist.

For the next five years, he settled briefly in several European countries – including France, the Netherlands, Spain and Norway.

But it was Sweden where he finally decided to put down roots, largely because he and his wife felt it was the most family-friendly place in which to raise a child. In particular, they were keen on Sweden’s generous parental leave and its good-quality, affordable pre-school education.

“We drew up a list of pros and cons for both countries, and the US came up awfully short,” he says.

As the stay-at-home carer for his child, Lansky was at first worried about how he could possibly continue his career as a travel writer.

“Then I started to get lots of offers to write books and give speeches,” he says. “So it actually worked out really well.”

After 20 years of travelling to over 100 countries, Lansky has become increasingly aware of the changing nature of tourism within a globalized world.

“Destinations are becoming more and more alike in this global homogenization,” he says.

“The reason we travel is to experience something different to what we have at home – whether that’s sun, the ocean, culture or food. Destinations want the same thing – they want to give you a reason to visit them. But it’s becoming harder and harder for them to sell themselves.”

As competition increases, he says, the travel industry often neglects to pay attention to anything but its own short-term interests and loses sight of the bigger picture: a quality visitor experience.

“The people running tourism are typically marketers. They were never really given a mandate to do anything else but attract more tourists. But like any other industry, there are side effects that come with enormous growth.

"The energy industry eventually figured out they needed to pay attention to the ecological effects of oil and nuclear waste to grow their business. Tourism is still trying to figure if (and how) to handle overcrowding.

“Destinations really need to think about quality, sustainability and uniqueness if they still want to be in business in 30 years’ time.”

Even Stockholm’s Old Town, Gamla Stan, which is inundated with tourists in the summer months, risks losing its rich culture and diversity, he says.

“It’s just like the fishing industry. If you over-fish, there’s a risk that there won’t be an income for anyone in the future,” he says.

Differentia will take place on February 16th between 14:00 and 19:00 at Södra Teatern. For more information, visit the TEDx Stockholm website.