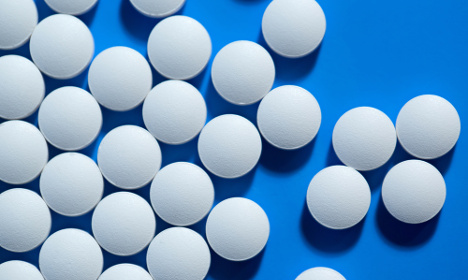 Legal highs come in a variety of shapes and sizes. Photo: TT

Adrian Kristiansson, who set up the Hemulen site, has been questioned by police, alongside two other men linked to the Pirate Party who have not been named by the Swedish media.

Hemulen, which was one of Sweden’s biggest drug sites, has been taken offline since police started investigating the business following the deaths of more than a dozen people who had bought legal highs from the site. Legal highs contain chemical substances which are not banned, but which can produce similar effects to illegal drugs.

According to Swedish broadcaster SVT, Kristiansson was not openly involved in the Pirate Party, but the network believes he has been connected to the group since at least 2009 when he was pictured at an election night party. The other two men are understood to be 'active' in the political group.

The Pirate Party was founded in Sweden in 2006 and says its goal is to “fight for a better world, free of oppression and censorship”.

But support for the group has been waning and it scored less than one percent of the vote in Sweden’s last general election in September 2014.

It’s former leader, Anna Troberg, who stepped down in December, told SVT she wasn’t surprised by the legal high scandal, adding that she “imagined that there were people involved in this type of activity” following word-of-mouth rumours.

Her comments were backed up by a current senior party official, Anton Nordenfur, who said: “I know there has been a rumour that a sympathiser has been active”, but insisted that it was not anybody working directly for the Pirate Party.

At its peak, Hemulen was selling up to 400 bags of drugs a day, with many of the chemicals used understood to have been imported from the UK, where legal highs have become increasingly popular over the last five years. In 2012 alone, at least 68 people died there after taking the drugs.

The president of the Pirate Party’s Youth League has previously spoken out against the drugs and told SVT that his group “deeply disagreed” with the sale of legal highs.

Kristiansson and the other two men questioned by police are understood to have been released on Tuesday.