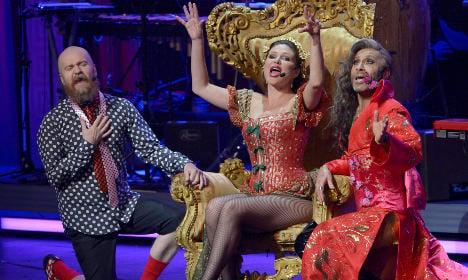 The couple have been dating for a few months and have spoken about their relationship to Sweden’s Aftonbladet newspaper which broke the story on Monday night.

"You can not always control emotions and life,” said Borg, who is 47. Borg and Peczynski as they are today. Photo: TT

Borg's new love, Dominika Peczynski, has worked as a television presenter and as a PR entrepreneur and has helped launch several matchmaking websites, including a controversial "infidelity site” called Victoria Milan.

But the Polish-Swedish 44-year-old is best known for being part of the kitsch pop group Army of Lovers which released hits in the 1990s including 'Sexual Revolution', 'Crucified' and 'Obsession'. The group reformed in 2013 to take part in Melodifestivalen, Sweden's competition to find an act for the Eurovision Song Contest.

News of the unexpected combination has caused a stir in the Swedish media, not least because Anders Borg his in the process split with his wife of two decades Susanna ‘Sanna’ Borg. The former couple have three children.

"A divorce is a difficult process that many have gone through. The focus is now on ensuring security for my family. We will file a joint application for divorce. I will do everything I can to have a good relationship with my wife of many years who is also my children's mother,” the former Finance Minister told Aftonbladet.

Dominika Peczynski has recently separated from her former partner, Yoav Bartal, who previously worked as a press secretary in the last government.

Anders Borg helped steer Sweden’s economy during the global financial crisis but he quit politics after the centre-right Alliance government lost the election in September 2014.

He has since been writing a report for Finland on how it might overcome its current economic struggles. 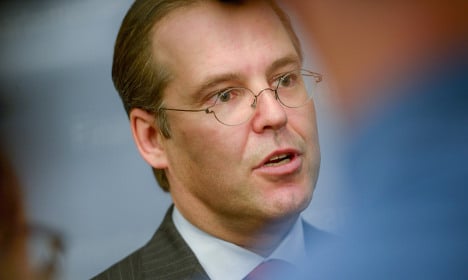 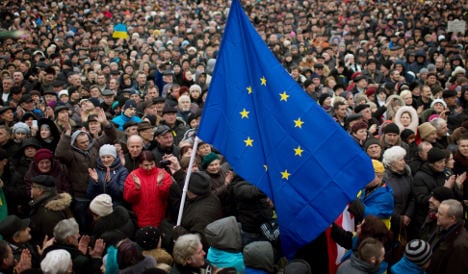