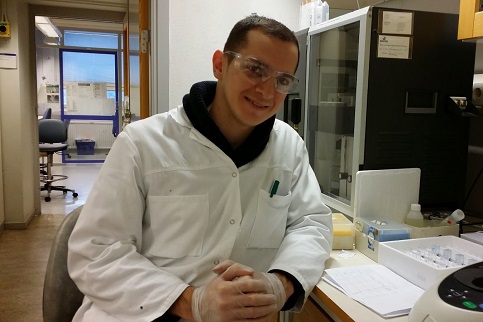 One Summer's evening in July 2005, a turning-point occurred and changed my life dramatically. At that time, I was 17 years old pursuing my final year in high school, and like anyone at that age, I was active person full of energy and dreams. I never thought that a life-changing accident would happen during that peaceful evening.
I slipped and fell from the fifth-floor balcony of the building where I was living in Aleppo city in Syria.
Fortunately, I fell on a metal water tank and my head had no injury. However, the fall caused a spinal cord injury due to vertebral fractures in my spine. In addition to other fractures in the pelvic bone, feet and upper arm.
It was such a critical situation and the doctors were saying that I might not survive. I had many operations to save my life and to fix my spine and the fractures. I was totally unconscious during the first two weeks and the moment I awoke, I couldn’t remember what happened to me and how, and till now I can’t remember anything of the first moments of the accident and how it happened.
I was diagnosed with a complete spinal cord injury and I became paralyzed from the waist down. I lost the sensation in the lower part of my body and I wasn’t able to move my lower limbs or feet.
I had to seek assistance from other people to do the same things I used to do by myself, even the very simple things.
Living my life as a paraplegic had been the farthest thing from my mind at that age. I couldn’t believe that at the beginning, and I couldn’t imagine myself sitting in a wheelchair for the rest of my life.
I was really in a bad situation, comparing how my life was and how it became. I was at sometimes hopeless and desperate. I had to deal with two kinds of pain: physical and psychological.
So, I started to think positively and accepted my new situation completely. I didn’t want one incident to kill my dreams.
By having a strong will and faith in my destiny in this life, I believed that my life should continue. Always and in all ways, when there’s a will there’s a way. So, I wanted to do something developmental.
I started an intensive rehabilitation and physiotherapy program. And after six months I regained some motion in my left leg and I was able to stand and walk few steps using a walker. The moment I stood was so exciting, I felt so much hope and trust.
After one year of intensive physiotherapy, I learned a lot of skills and exercises that helped me to be as independent as possible.
From using the wheelchair to being able to walk by forearm crutches.
It was noticeable and promising improvement. I never lost my hope and I always imagine that one day I will walk and run as before.
Back to life
Keeping a positive mind-frame as I learned to embrace the new life God had granted me.
I really wanted to be a motivation and inspiration for other people who have a disability.
I decided to complete my studies at home. I successfully passed all my exams and graduated from high school. It was my first success after the injury that gave me a lot of motivation and hope that I can do more.
The next step was when I went to the university. I decided to study biotechnology because I developed an interest in medicine and life sciences.
I found in this field a hope that could help to find a cure for many people who suffer from different diseases like cancer, neurological disorders.
I have a dream to make a change and participate in research to find a cure for spinal cord injuries.
The first day I went to the university was so challenging and daunting. It was the first time I met new people with my new situation. Many fears and worries came to my mind at that day.
There was not an elevator in the building where I take lectures and the accessibility in the university campus was really bad.
I had to deal with many stairs every time I go for a lecture or lab! And I could not concentrate on my studies. It was so difficult and tiring in the beginning and sometimes I felt frustrated and discouraged. However, I was so blessed to have such great friends and classmates. That helped me to ease my sufferings and cope with my everyday life with courage, confidence and hope.
During the five years in the university, I gained a lot of experiences and skills that helped me grow into a confident young person who lives life to the full. I was successful in my studies and I built very good relationships with my friends, teachers and professors.
Along with my studies, I joined the Cultural Forum for People with Disabilities in Syria and I participated in many workshops about disability issues in the society. I met inspirational people who have different kind of disabilities. They inspired me a lot and we shared many thoughts and ideas about our lives in Syria where the situation of people with disabilities are not as good as in the western world.
When I graduated in July 2012, my country was battling with a bloody war, and the situation in my city was getting worse day after day. 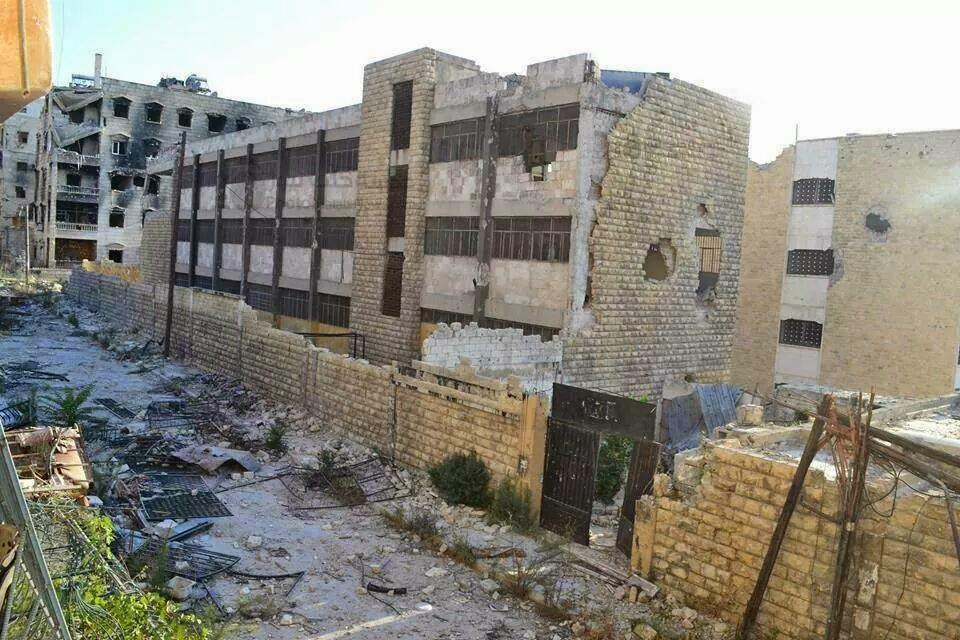 The Syrian regime escalated its war against the Syrian people who started their peaceful revolution in March 2011 seeking for freedom, dignity and social justice. I was forced to flee my neighborhood due to shelling and clashes between the regime forces and the rebels.
I left my home under shelling from warplanes…
The story isn't over.
Continue reading about Mohammad's journey, and his new life in Sweden, at the NFGL Lund blog here.