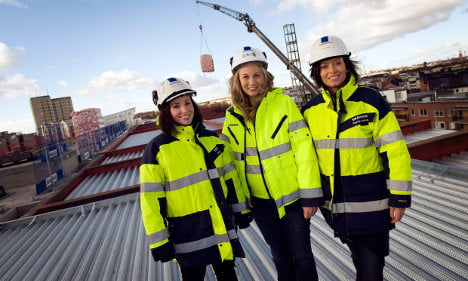 Sweden has strong gender equality in the workplace. Photo: Cecilia Larsson/Image Bank Sweden
1. 'Don't call me after 3.30pm. I'll be picking up the kids'
Swedish parents can quite happily walk out of the office mid-afternoon to pick up their children from daycare or schools without other colleagues raising an eyebrow. Thanks to heavily subsidized daycare, mums and dads can afford to go back to work after taking their parental leave and many couples share the responsibility of picking up and dropping off their children from nursery. With more women in top roles in business or politics than in any other European country, it wouldn't make sense to Swedes to do things any other way. A nursery school out for a walk. Photo: Anders Ahlgren/SvD/TT
2. 'I'm off on paternity leave for six months'
That parental leave we mentioned adds up to 480 days per couple. Each parent has three months reserved exclusively for him or her and the rest can be shared between the couple and used at any point before their child turns eight. Should one of them decide not to take their allocation, those days cannot be transferred to the other partner and are lost.
The result? Head to any Swedish café during the week and you'll come across the country's notorious latte pappor enjoying a coffee break, before heading to the park with their kids. Taking time off to spend with your children is actively encouraged in Sweden and should not be detrimental to your career. A dad on paternity leave in Sweden. Photo: Izabelle Nordfjell/TT
3. 'I have to work late so I won't be home until 6pm'
Work-life balance is second-nature to Swedes. Even those not picking up children regularly leave the office at 4pm or 5pm, depending on their start time. You won't get promoted for staying later – your colleagues will just think you're a bit strange or have no friends. That said, Sweden has embraced the global obsession with smartphones and tablets (what else would you expect in such a tech-savvy country), so answering emails out-of-hours has become much more common in recent years. Collaboration is also a key buzzword in the Swedish workplace – if there is a pressing deadline, everyone will be expected to work extra hours and muck in. Commuters on the Stockholm subway. Photo: Melker Dahlstram/Image Bank Sweden
4. 'Can you ring me back? I'm just having a fika'
Swede's love their 'fika' (coffee and cake) breaks and will openly (sometimes even proudly) tell you when they are having one – even in the midst of a company crisis. The Local has been asked to call back CEOs, politicians and police officers because they are busy getting some caffeine into their systems when we've rung them for a comment on breaking news stories. A key point here is that they all still pick up their phones (at least before 3.30pm). We've experienced less call screening in Sweden's open society than in many other western nations. Swedish workers enjoying a 'fika' break. Photo: Lena Granefelt/Image Bank Sweden
5. 'The managing director is in a meeting but here's her mobile number. Why don't you text her?'
Here's another example of that Swedish openness. Phone numbers and addresses are widely available in Sweden. You can look up anyone's contact details online and if you're calling from a reputable company, you won't be scoffed at if you try to contact a CEOs or senior public figure directly. And now you're almost halfway through this article, you should not have batted an eyelid that the manager in this example was a woman. Is your Swedish manager a woman? Photo: Henry Trugg/Image Bank Sweden
6. 'Where are you standing at the moment?
Health-conscious Swedes have embraced a trend for desks that can be raised or lowered, so you'll often see people standing up typing at their computers, or holding meetings upright on two feet. Given that Swedes are the second tallest people in the world after the Dutch, this can be a bit intimidating for shorter foreign workers at first. Swedish workers having a meeting standing up. Photo: Henrik Trygg/Image Bank Sweden
7. 'Where's the CEO? He's on dishwater duty this week'
A less hierarchical structure in Swedish businesses compared to in many other countries means that you'll see some CEOs doing the washing up and making tea for their colleagues or even joining in with company bake-offs and sport events. Swedish companies love team-building activities, so also expect plenty of these kind of group social activities after work in bigger firms. We cannot confirm if Spotify's CEO Daniel Elk stacks the dishwasher. Photo: TT
8. 'I can't work tomorrow, I'm VABing'
VAB stands for Vård av Barn (Care of Children). Parents get VAB time on at least 80 percent of their salary (paid by the state) if their children are sick and they need to stay at home to look after them. Swedes would not dream of sending a sick child to daycare for fear of spreading germs around. Once again, both mums and dads take advantage of VAB time and employers should not judge any parents who need to take time off for this reason. Swedes will also be open about the impact this has had on their work. “Sorry I haven't read the newspapers this morning as my kid has a cold,” one press officer for a very senior government minister told The Local a few weeks ago. Possibly what happens on some VAB days. Photo: Kristin Liddell/Image Bank Swden
9.  'I am leaving at 2pm for a weekend in Finland'
That 5pm finishing time that's probably making you extremely jealous if you're reading this from London, Tokyo or New York is pushed forward to mid-afternoon at weekends in many Swedish offices as workers head off to their second country homes (not just the richer ones, the country has a about 700,000 'summer' houses for its 9.5 million population) or for a break elsewhere in Scandinavia. It can be a nightmare if you're trying to close a business deal or get a comment or update on a project you're working on. But if you're a foreign worker at a Swedish company you might also get to embrace the dream, and find yourself warming up in a rural sauna before the sun sets. The island of Gotland, a popular weekend destination for Swedes. Photo: Rodrigo Rivas/Image Bank Sweden
10. 'Try me again in four weeks, I am off on holiday'
Swedes have the longest holidays in Europe, with an average of 33 days annual leave a year, compared with 25.2 elsewhere in the EU. It's also much more common to take longer periods of holiday. While a common summer holiday for British workers is two weeks, Swedes are typically entitled to take four consecutive weeks, when they make the most of those summer houses or jet off in search of sunshine in southern Europe. This means that Sweden's cities are quieter than usual during June and July – perhaps an ideal time to take advantage of the weak krona and invite foreign friends to come and stay, while your boss is out of the office. 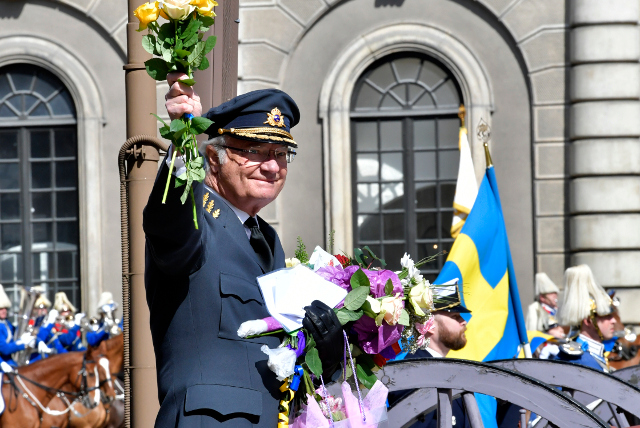 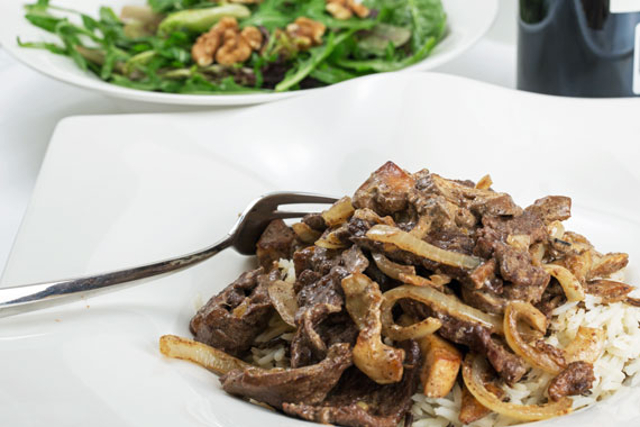 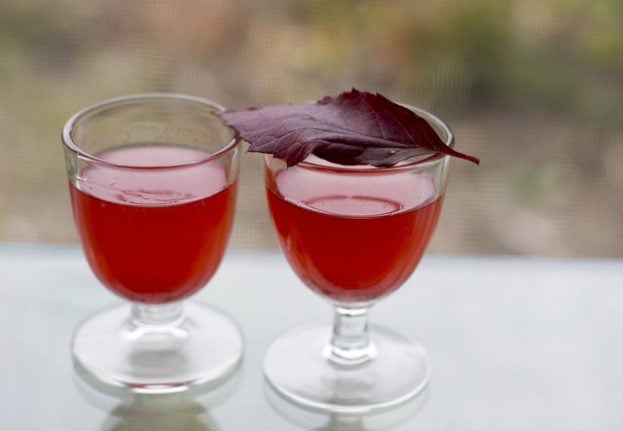 A lovely cocktail based on two ingredients which are popular in Sweden, although St Germain liqueur is produced in France. The non-alcoholic version is a refreshing drink on a warm late summer's afternoon when blackberries are at their best.

– If you haven't got a muddler, use a fork to mash the blackberries and sugar together

– If the blackberries are large, halve them and remove the core

– For a non-alcoholic version simply replace gin and St Germain with elderflower syrup.

Ingredients for the alcoholic version

2-6 blackberries, depending on size

1. Put the blackberries in an old fashioned glass (whisky tumbler/on the rocks glass), add sugar and muddle until all the sugar is dissolved

3. Top up with ice cubes and soda water. Stir thoroughly.

4. Garnish with berries or a slice of lime, as desired 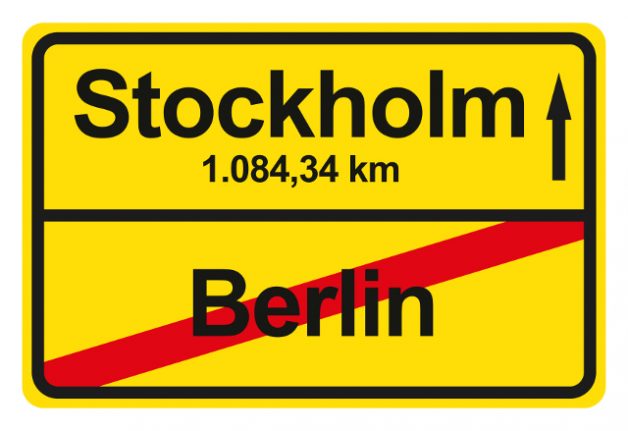 STOCKHOLM
Five ways to cure homesickness as a German in Stockholm