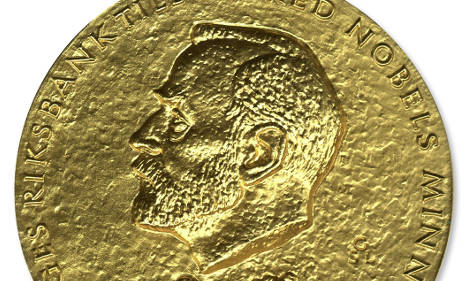 A gold medal that was awarded to Russian-American economist Simon Kuznets in 1971 for his "empirical interpretation of economic growth” is being auctioned by US-based auction house Nate D Sanders on February 26th.

The winner invented the Kuznets Curve in 1955, a quantitative method for comparing how personal incomes correlate with overall economic inequality over time, as a country’s economic growth matures.

The Harvard economist died in 1985 and the medal has been put up for sale by his son, also called Simon, who has signed a certification letter.

According to the auction house, the "23K gold medal prominently bears the image of Alfred Nobel upon the obverse, with ''Sveriges Riksbank Till Alfred Nobels Minne 1968'' applied in raised letters, encircling the medal".

"Simon Suznets 1971" is engraved to the rim and the medal comes in its original red leather case.

It is also accompanied by a copy of the speech made by the Nobel Prize committee, annotated by Kuznets.

Swedish inventor and scholar Alfred Nobel, who made a vast fortune from his invention of dynamite in 1866, ordered the creation of the famous Nobel prizes in his will.
His 1895 testament stipulated his fortune was to be placed in a fund destined to honour "those who, during the preceding year, shall have conferred the greatest benefit on mankind”.
The Nobel Prize for Economics, the only award not included in Nobel's will, was funded by the Swedish Central Bank, which created the prize at its tercentenary in 1968. It was first awarded in 1969.