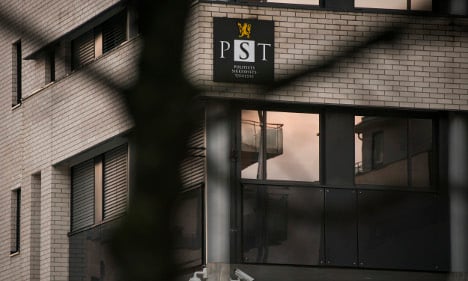 Norway's Police Security Service (PST) office in Oslo. Photo: TT
A global hunt for the woman is underway after Norway's Police Security Service (PST) issued an "orange notice" from Interpol, the intergovernmental organization that facilitates international police cooperation.
"An orange notice is a warning of a potential threat to public safety and security. It is a warning about an event, a person or a concealed weapon", Rachel Billington, head of communications at Interpol, told west Swedish newspaper GT, which is owned by Expressen.
According to Norwegian media, the woman has not been seen by her relatives for more than two months and there are fears that she may have crossed the border into Sweden.
Swedish police and security services have been asked to keep an eye out for the potential terror suspect and to pass on any relevant information to authorities in Norway.
Expressen reports that the woman recently married and told her closest friend that she was preparing to travel to Turkey. Some of her friends were apparently worried that she was planning to spend time in Syria.
"I really like her and I am worried about her," one told GT.
"She has been travelling on the road. I talked to her on a bad telephone line. The conversation was broken up after two minutes. I never got to ask her where she was," a family member added.
PST said it was unable to share any more specific information about the case, when contacted by GT.
Sweden's Home Affairs Minister has previously spoken to The Local about his concerns that European security services and police forces need to improve cooperation to prevent future attacks.
"We are working hard to exchange information, but there are still some obstacles. There is a discussion about trust and knowing if you can really rely on security services from other countries to use information in an appropriate manner," he said in January.
"We must not let the dark forces win. I can understand why people are concerned, but we are doing everything we can to prevent actions like these. We should not be afraid and we should not be silenced," he added.
He is currently in Washington holding talks on the issue with the US Secretary of State John Kerry.