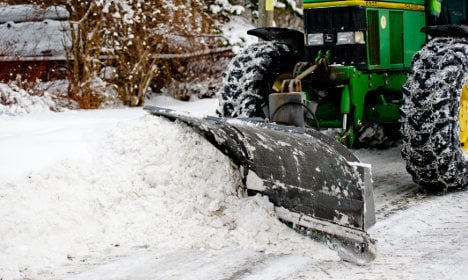 The Local reported in January that Stockholm is set to adopt the gender equal snow ploughs next winter, as part of plans to make the city just as safe for men – who are more likely to be drivers – and women, who are less likely to get behind the wheel.

The idea is that both genders will get equal protection from slipping on ice in the city. Women are currently more likely to have accidents during the winter months.

But the capital is not the only city that has been inspired. Magnus Jacobsson, who works with sustainable equality in Sweden's Association of Local Authorities and Regions (SKL), told Swedish Radio: “We regularly get new reports. Now Järfälla is going to start ploughing their streets gender equally. (…) It has spread quite quickly.”

There are no exact statistics on how many municipalities have adopted the strategy, but among them are Karlskoga, Karlstad, Botkyrka, Umeå, Huddinge and Stockholm. And SKL would like more to follow in their footsteps.

“From our perspective we obviously want to support our members so that they can provide as good a service as possible to their citizens, both women, men, girls and boys. Clearing the snow for both women and men is included in that. This policy improves access for everyone who does not drive,” Jacobsson told Swedish Radio.

IN PICTURES: Your February snow snaps

The strategy was first adopted in Karlskoga in central Sweden where the local government started shifting the priorities of its snow removal practices in 2012, to put more emphasis on areas often frequented by women. The move did not incur any extra cost and has produced promising results.

Under the municipality's old system, key roads were cleared first, followed by areas where men typically worked such as construction areas, and lastly areas used by pedestrians and cyclists.

After a review, Karlskoga prioritized day care centres, where parents usually go first in the morning, followed by areas around the largest work places regardless of gender, followed by schools, and then the main roads. As a result, the municipality noted that it had become more accessible for everyone during and after snowfall, particularly children.