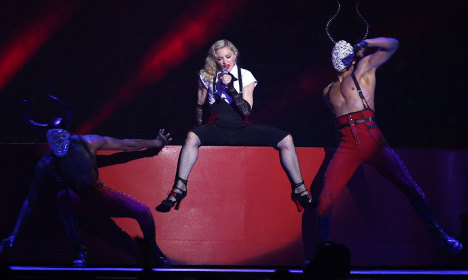 The artist has visited Sweden before – she performed in Gothenburg in 1990, 2009 and 2012 – but she has so far snubbed Sweden’s biggest city.

“There is nobody like Madonna, even though many have tried. It is incredibly huge that she’s doing her first concert in Stockholm ever,” gig organizer Live Nation’s Kristofer Åkesson told newspaper Aftonbladet.

The concert is part of Madonna’s ‘Rebel Heart’ world tour, which kicks off on August 29th in Miami, Florida, and will bring her to Stockholm’s Tele 2 Arena on 14th November.

The 56-year-old singer hit the headlines last week when she took a tumble at the UK's biggest annual music industry event, the Brit Awards.

Belting out the song ‘Living for Love’ on the London stage, a clothing mishap sent the singer falling down a small flight of stairs.

She told ‘The Jonathan Ross Show’ on Britain’s ITV that the fall was not a publicity stunt.

“I had a little bit of a whiplash and I smacked the back of my head, so there was a man standing over me with a flashlight until about 3am, making sure that I was still conscious,” she said in an episode of the UK talk show that will air on March 14th.

The star has performed in Stockholm once before at the MTV Europe Music Awards in 2000, but she only sang a couple of songs. Her upcomin gig will be her first full concert in Sweden's capital. 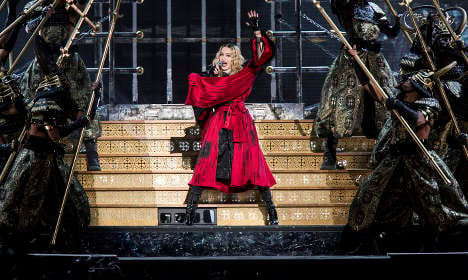