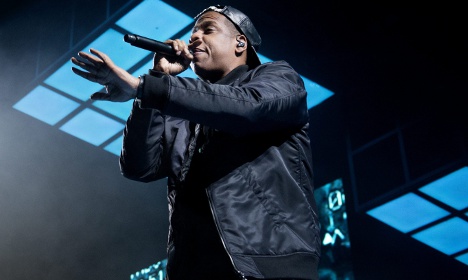 Over 10 percent of the minority owners of Wimp's parent company Aspiro had rejected the bid, saying the ball was now in the rap star's court. The Swedish Shareholders' Association said in a statement that Jay Z would now have to amend his original offer for a 90 percent stake in the company.

"The bidder has not reacted, either by withdrawing the bid, raising the offer or lowering" the percentage sought, it said.

The minority owners – who believe Jay Z's bid undervalued the company's future potential – had yet to hear back from the platinum-selling artist on Wednesday afternoon.

Jay Z used his controlling stake in Project Panther Bidco – an enterprise indirectly owned by the US rapper's company S Carter Enterprises – to launch a bid for Aspiro that was accepted early on by majority owner Schibsted, which controls 76 percent of the Swedish-listed company.

At the end of the third quarter of 2014, Wimp said it had 512,000 paying users in Scandinavia, Germany and Poland.

That is a far cry from its Nordic rival Spotify, a pioneer in the streaming music business with over 15 million paying subscribers.

Jay Z's expected takeover of Wimp would have seen the rapper vie for a slice of the music streaming market pie alongside other US music stars. Apple acquired the site Beats Music from another rapper Dr Dre, in a much publicized $3.2 billion deal (SEK 26.6bn) last year.

In addition to several music-related ventures, Jay Z has branched out into fashion and last year bought the champagne brand Armand de Brignac.