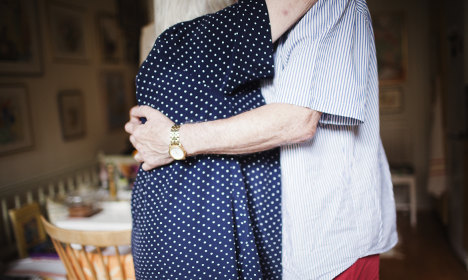 Elderly Swedes are having better sex than before. Photo: Therese Jahnson/SvD/TT

Almost three times as many women in their 70s are sexually active today compared to 40 years ago, according to researcher Nils Beckman at the Sahlgrenska University Hospital in Gothenburg.

"It's down to several factors. Today's 70-year-olds are healthier and generally more active. But also attitudes in society have changed and contraception is more widely available. Women today are more able to be in command of their own body," he told The Local.

And it’s not just 70-year-olds. The study also shows that Swedes even as old as 97 have not given up on their sexual feelings altogether. 26.7 percent of 97-year-old men and 4.7 percent of women said they still experienced passion, although only one person claimed to be sexually active.

"Just as much as an 80-year-old is able to enjoy a good dinner, they can enjoy sexual contact," said Beckman.

Feeling inspired? Read The Local's guide to dating in Sweden

In free-spirited modern Sweden, the figures have changed the most among women. 34 percent of women in their 70s reported an active sexual life today, compared to 12 percent in the 1970s. The number of sexually active men of the same age has gone up from 47 percent to 66 percent.

"There's a myth that Sweden is very sexually liberated, but I think that's the result of a few well-published movies. If you look at American and European studies we're not that different from the rest of the western world," said Beckman.

The figures have not just risen in quantitative terms. Today’s silver foxes are having better sex than their 1970s counterparts. 62 percent of women and 71 percent of men told the study they found their sex life “highly satisfying”, compared to 41 and 58 percent, respectively, 40 years ago.

The Gothenburg study follows a trend of the breaking down of sexual taboos in Sweden, which is already known for its openness and tolerance.

Sweden came in ninth in a YouGov poll from 2013 on what European nationalities had the best sex, just after France but before Finland. The Swiss rated themselves the highest in the survey, and the Brits ended up in a disappointing last place.

Just last week, The Local reported that changing norms and legislation has emboldened more and more Swedes to undergo sex changes – a clinic in Lund welcomed almost 100 patients last year compared to around ten when it opened in the 1970s.

“We have a different kind of openness in society today,” Dr Attila Fazekas told broadcaster SVT at the time.