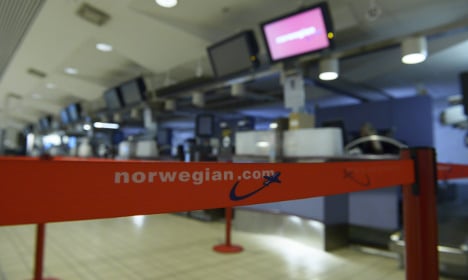 The decision was set to affect more than 35,000 passengers, the carrier – Europe's third-largest budget airline – said in a statement on Tuesday.

Industrial action was extended on Wednesday morning to include the airline's all 700 pilots, after some 70 staff members initially stopped work following the failure of negotiations on a collective agreement on Friday night.

Around 800 cabin staff were forced to stay at home without pay, as a result of the walkout.

"Despite repeated attempts by management to engage in constructive discussions to prevent a hardening of the strike, dialogue was not possible," the Norwegian airline said on Tuesday night.

"This unfortunately leads to the cancellation of all domestic flights in Norway, Sweden and Denmark… All departures between Scandinavian capitals are also cancelled," it added.

Some international services were also cancelled including flights between Oslo and Berlin, Hamburg and Amsterdam and from Bergen and Stavanger to London.

Long-haul services are not affected as the company has leased temporary aircraft and crews.

According to Norway's news agency NTB, the airline has been phoning striking pilots to threaten that they may lose their jobs if they do not join a contractors' firm owned by the company. But press officer Charlotte Holmbergh Jacobsson firmly denied the claims.

"It bears no resemblance at all to reality," she said on Tuesday.

On Wednesday afternoon she made a further statement to Swedish media, noting that it was unclear when the strike would end.

"We have to take one day at a time and see what we need to do to save the company," she said.

Passengers were told to expect text messages from the company if their flights were cancelled.

Norwegian's pilots, employed by its subsidiary Norwegian Air Norway, want to maintain tight organisational links with the parent company in the hope of safeguarding their jobs and to standardize salary conditions for all pilots employed in the various Scandinavian subsidiaries.

NAS, which last year suffered its first loss in eight years, is looking to reduce the costs and benefits for pilots, and increase job flexibility.

The strike comes amid growing speculation about the airline’s finances.

On Monday the company’s board held a six hour meeting, but claims that the firm had been declared bankrupt were rejected by the company’s CEO Bjørn Kjos, who spoke to media after the talks.

Budget airline Norwegian is Scandinavia’s third-largest airline and has around 4,500 employees. Around 150 Swedish pilots work for the firm. Its parent company NAS is partly owned by subsidiaries in Sweden, Denmark, Finland, Ireland and Singapore.

Staff working for fellow Scandinavian airline SAS returned to work on Monday after a separate four day strike which led to dozens of cancelled and delayed flights in and out of the Danish capital over the weekend, a key hub for travellers moving on to Malmö and other cities in southern Sweden.