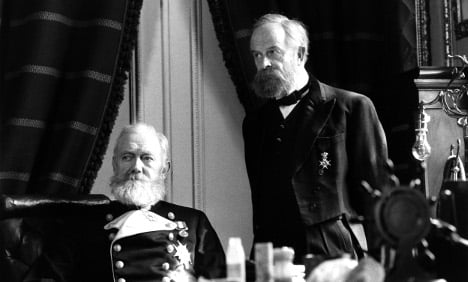 The Swedish scholar and industrialist who passed away in 1896 left a will demanding most of his fortune be distributed to outstanding achievements in literature, peace, physics, chemistry and medicine.

"We will show the testament for the first time as part of an exhibition called 'Legacy'", which opens March 13th and is about what people leave behind after their deaths, Nobel Museum spokeswoman Helena Wallemo told news agency AFP.

The will, a sheet of paper folded in half, has been carefully preserved in a safe, Wallemo said.

The wealthy industrialist bequeathed today's equivalent of 2 billion kronor ($241 million, 220 million euros), earmarking most of it for Nobel laureates, according to the Nobel Foundation.

Nobel specified which institutions were to award the prizes but never specified how, delaying the first ceremony until five years after his death, in 1901, when a procedure had been settled.

In 1968, the Swedish central bank created the Riksbank Prize in Economic Sciences, announced in Nobel's honour along with the rest of the prizes in October each year.

The Nobel Museum exhibition will run until November but the museum said the will may not be on display for the full duration.