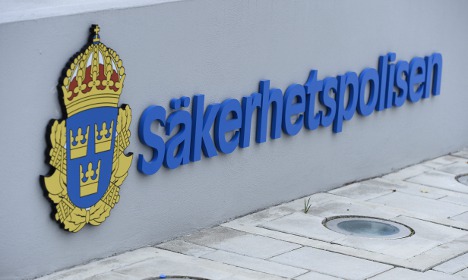 The man, first identified by the Swedish tabloid on Thursday as 'Amen’, 39, was crucified by al-Qaeda in Yemen a year ago. In a video published in March 2014 he confessed to having spied on the terror network on behalf of the United States.

“I was recruited in Sweden by Swedish security services,” he said in the video filmed before his execution.

But before that, he was a divorced father-of-two leading a double life in Sweden, according to Aftonbladet, which has mapped out his life.

‘Amen’ was captured by al-Qaeda in 2013 after he was accused of being responsible for the death of seven al-Qaeda members in American air attacks.

Ten years earlier he had moved to Sweden and, according to claims made in Aftonbladet, Swedish security police Säpo tried to turn him into an informant shortly after the start of the new millennium.

His application for Swedish residency was approved in 2004, but he never became a Swedish citizen. His ex-wife, whom he divorced in 2010, and the couple's son and daughter are all Swedish citizens, Aftonbladet reported. All three are believed to be living in Yemen today.

Säpo did not want to comment on whether or not the man in the video was in fact 39-year-old Amen when contacted by The Local on Thursday morning.

“We have nothing to add. The video emerged a year ago, this is old news,” a press spokesman said on Thursday.

In the video, the man said: “The start of my recruitment was in Sweden… ‘He’ told me that ‘you have to work with the American security services’. No problem, I said.”

Amen arrived in Sweden in 2003 from his homeland Yemen. According to Aftonbladet he received social care for epilepsy and depression, illnesses caused by torture during his time in prison in his home country.

He was once fined in Sweden in September 2011 for stealing coats from a store in central Stockholm. He was represented in court by Swedish lawyer Abdel Hay Alami, who confirmed his identity to The Local on Thursday.

“As my client I met him a couple of times. It’s him in the video.”

“If this information should turn out to be true, we’re living dangerously in Sweden. You may wonder what interests Sweden has in Yemen, if it’s really a war we should be fighting.”

The Swedish government announced last month that it was drafting a law to confiscate passports of Swedes fighting alongside terrorist groups in the Middle East.