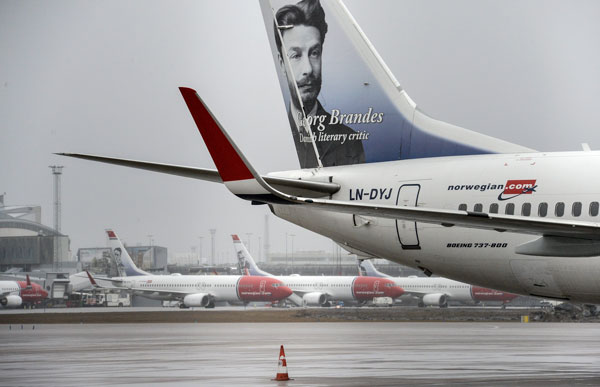 According to Norwegian, the company has come a long way in trying to solve the on-going strike, which on Saturday is estimated to affect nearly 20,000 passengers in Norway, Sweden and Denmark.

Europe’s third-biggest budget airline said it has, among other concessions, offered job guarantees to all of the company’s 700 pilots in Scandinavia. But that has not been enough for pilots’ unions, who have demanded their collective agreement be maintained with the parent company instead of its Norwegian Air Norway (NAN) subsidiary.

The unions on Thursday rejected a surprise move by Norwegian to split NAN into three and transfer its pilots to the new subsidiaries in Sweden, Denmark and Norway. They denounced the bid as an attempt to divide and rule the striking pilots.

Norwegian’s communications director, Anne-Sissel Skånvik, reported that the company was set to present a new offer to the pilots’ groups.

“We will present an offer to them and see if we can meet at the negotiating table again, but that will probably be without national mediators in attendance,” she told Norway’s NTB news agency. “We have to manage this on our own.”

Pilots’ unions have not ruled out meeting again later on Saturday in the wake of a time-out after 16 hours of negotiations that ended at 5:30 Saturday morning. Hans-Erik Skjaeggerud, head of the union Parat, told NTP that pilots were willing to move away from some of their original demands.

“We have moved on many different points since the first round,” he said. “Even when it came to what is most important to us, to have an collective agreement with the parent company.”

A strike last year by Norwegian’s cabin employees cost the company 101 million Norwegian crowns ($12.8 million) and this pilot strike is estimated to cost even more. While the exact amounts are unknown, experts estimate they are running into tens of millions of crowns a day.

“It’s certain that we are talking about very high sums here,” said Charlotte Holmbergh Jocobsson, Norwegian’s head of communications. “We are trying not to think about what it is costing but rather do what we can to ensure that as many travelers as possible get to where they are supposed to go.”

Now in its eighth day, the strike has affected more than 100,000 passengers in total, according to the company. The strike began on Saturday, Feb. 28, when 70 pilots stopped work. On Wednesday, another 650 pilots walked off the job. At the same time, the company sent 800 cabin staff home without pay.