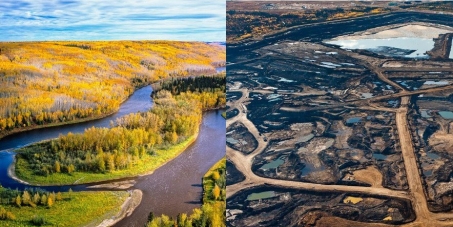 On Thursday evening, dozens of business leaders from China had the opportunity to mingle at the Swedish Institute in Stockholm and learn about ecocide.

The evening seminar was part of the Swedish Institute's Management Programme for China, a 20 day intensive training programme about corporate responsibility and management in a global context.

“The programme is intended to be reciprocal, and for us to learn from other countries,” Kurt Bratteby at the Swedish Institute explained. “Sweden is a leading country in sustainable business practices, and we are working in a very broad range of activities. Our vision is a world where cities and governments work closely together for justice and sustainability.”

Climate change and growth issues are problems which need both local and global solutions, Bratteby said. The evening was a step on the path to such solutions.Polly Higgins was the special guest of the evening, and informed participants about her work with ecocide.

But what exactly is it?

“Quite simply, Ecocide is the extensive damage of ecosystems,” Higgins explained. “It can be corporate or naturally occurring, such as though tsunamis or floods.”

Higgins, a Scottish woman and lawyer who loves the earth, raw chocolate, and seaweed, has been working hard to make ecocide a crime punishable by international law.

Four types of crimes are already covered under the Rome Statute, which created the International Criminal Court. Those crimes are genocide, crimes against humanity, war crimes, and crimes of aggression.

But crimes against the environment are not included, and Polly Higgins thinks they should be.

“How we engage with the earth is about caring for our relationships,” Higgins said. “The Rome Statute is the most important level document in the world, but there is a fifth crime which is missing.”

When Higgins started working with the issue and drafting up legislation against ecocide, she soon discovered that she wasn’t alone.

Years earlier, in 1972, then Prime Minister of Sweden Olaf Palme spoke at the Stockholm Conference and criticized the UN for ignoring ecocide, saying that it must become a part of international law.

“That was like gold dust to me,” Higgins said. “It meant that this wasn’t just a wild idea I had. It had a history, a history which dated back to Sweden.”

In fact, ecocide was going to be part of international crime law, and was included in the drafts of the Rome Statute back in the 1990s.

“For 11 years ecocide was part of the draft, included as both a war and peacetime crime,” Higgins said. “And then it was removed in 1996 with no reason given.”

Luckily, the minutes from all the meetings were archived. And plenty of digging through the UN basement archives has led to a possible explanation.

“Apparently, people say there were four countries which lobbied to get ecocide removed from the legislation,” Higgins explained. “Those countries were the US, the UK, France, and the Netherlands.”

In short, those countries had something to lose by making ecocide a crime. That was the same year that genetically modified food hit the shelves of supermarkets in the US.

“There was corporate lobbying behind the scenes,” Higgins said.

“Olaf Palme was berating the UN for their passive resistance, for not stopping ecocide. And now it is even worse.”

The fact that ecocide was part of the Rome Statute draft for so long means that it may be much easier to bring the legislation back to life.

"When someone says you're naive, you're on to a good thing," says @PollyHiggins. ("Or you're mad!") #ecocide pic.twitter.com/IrYyktC6rf

“Amending a document is far easier than creating a new treaty, and so much of the work is already done,” Higgins explained.

In order for ecocide to become part of international crime law, various heads of state must approve it. But in reality, it would not be hard to make it happen.

“It would take just 82 people to make this a reality,” Higgin said. “It can be put on the table this year. It all just comes down to political will.”

Participants in management programme, many of whom work at large corporations in China, expressed concern that ecocide law would make things difficult for companies and employees, causing damage to company finances and cutting jobs.

But Higgins was clear that there would be other solutions and developments once the law is in place.

“Every business starts playing a different tune when there is a new norm backed by international law,” she said. Higgins cited slavery as an example. Back when slavery was still legal, people argued that it was necessary, and that society would collapse without it.

But that was not the case. In fact, getting rid of slavery led to innovation – for instance the invention of the washing machine.

“Even with the Berlin Wall, people thought it would never fall in their lifetime. And then it happened three weeks later,” Higgins said.

In short, change is much easier to achieve than many people realize.

“And now, with Google and Facebook and modern technology, we can move and change much faster than they did with slavery.”

One audience member mentioned fracking, and a company in China which engages in fracking. The man said he truly believed it was safe action, and wondered if Polly Higgins was against it.

“If what the company is doing is safe, then there is no reason to fear this legislation,” Higgins responded. But, she added, she does not believe fracking is safe. Higgins has journeyed through the US and Canada and seen the damage it can do.

“The tap water in these places would go up in flames, you couldn’t drink it. And in Ohio a series of earthquakes started after all the fracking.”

But business models do not have to depend on unethical behaviour – and crimes against the environment – in order to stay successful, Higgins said.

“Ecocide law changes the framework and creates an overriding international duty to first do no harm to the environment,” she said. “Company shareholders would find it untenable to engage in ecocide if it were a dangerous process with risk of prosecution.”

By ecocide law, governments have to support development and innovation in the opposite direction. Long term investments, job, growth. Very healthy for business.

Indeed, Higgins’ draft of ecocide law also requires governments to support development and innovation in the opposite direction, which leads to long term investments, job growth, and more healthy business.

“It creates an equal playing field to do the right thing.”

Higgins encouraged participants of the management programme to be the first to make a change.

“You are leaders in your fields; you are at the cutting edge,” she said. “It’s your world, it’s your choice. Do you want to be part of a dangerous industry or a safe one?”

Sometimes the first step is just to be brave enough to speak out and suggest another alternative.

“That is your legacy. It’s about daring to be great, even if it means stepping out of your comfort zone.”

Want to get involved in the End Ecocide movement? Read more here.