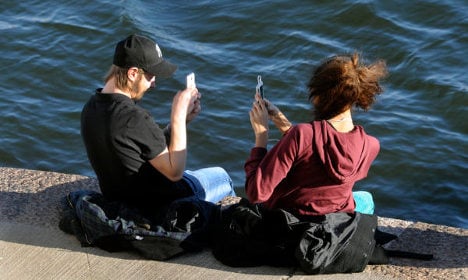 Swedes and expats were out in full force enjoying the scorching Sunday weather. The town of Oskarshamn in south-eastern parts of the country recorded an impressive 18.7C – the warmest March in six decades.

”It is warm for so early in March. We can look back at 1951 and since then it hasn't been this warm this early. But we could probably go even further back than that, it's just that we haven't managed to dig it out. It's more difficult to sift through data further back in time,” meteorologist Marcus Sjöstedt at Swedish weather institute SMHI told news wire TT.

The capital also enjoyed unseasonably warm weather with 15.8C measured on Sunday. Going back all the way to records from 1756, it has never been this warm this early, according to Sjöstedt's SMHI colleague Sverker Hellström.

”It has only happened four times before that it has been this warm in Stockholm in the month of March at all, and in all of those cases it's happened in the second half of March,” he wrote in his blog.

The Local's list: Seven silly signs winter is over in Sweden

The Local's readers have been sending in all their best snaps of spring around Sweden. Have you too been out and about enjoying the fine weather? Send us your pictures at [email protected] and we'll feature them in our gallery.