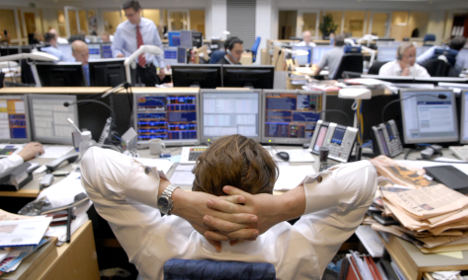 Sweden’s Ministry of Industry has confirmed that a meeting is scheduled to take place “in the near future” after Swedish newspaper Expressen first broke the news on Monday night.

“Mikael Damberg has invited industry representatives to a meeting on the grounds that Sweden has chosen not to renew a military cooperation agreement with Saudi Arabia,” his press secretary Ann Wolgers told the TT news agency, adding that Sweden’s Foreign Minister Margot Wallström would also attend.

Sweden decided to limit military ties with Saudi Arabia days after accusing the oil rich country of blocking Wallström from speaking at an Arab League meeting.

However the Arab country has reacted strongly to the Nordic nation’s shifting approach, recalling its ambassador to Sweden and accusing Sweden of "flagrant interference in internal affairs”.

Leif Johansson, chairman of Swedish telecommunications giant Ericsson also told newspaper Dagens Industri: “If you make yourself the enemy of the Arab League it could cause very great damage. But we don't know how this will play out until after a few years, it depends completely on how we manage to patch up our relations with these countries.”

Sweden’s Ministry of Industry confirmed it it had scheduled a meeting with business leaders to “answer questions and explain how the government looks at continuing foreign trade in the region”.