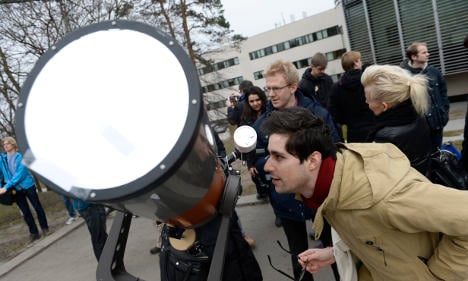 The eclipse was seen in Sweden between 9.41am and 12.13pm as it joined much of Europe in being plunged into dimness during the most complete solar eclipse in ten years, with the moon passing in front of the sun.

Sweden last witnessed a partial solar eclipse in 2011. In 1999 Europe saw the last total eclipse of the millennium. In Stockholm, crowds gathered outside offices – including The Local's own headquarters – to witness the rare spectacle on Friday morning.

But while some posted excited tweets about the event, others noted that the sky is often grey and dark over the winter in Sweden and said it therefore didn't look that different, describing the event as an anti climax.

Watching the #eclipse from our Salesforce Stockholm office pic.twitter.com/tVwnJmOiqf

Sweden has eclipse that won't happen again until year 2039 and I can't see it because of the Stockholm concrete sky. pic.twitter.com/EKXuk8aF7J

Europeans got their first glimpse through cloudy skies in Spain's Canary Islands in the early morning.

"The sky is half clouded over but we are getting short glimpses" of the eclipse, Alfred Rosenberg, an astrophysicist at the Canaries astrophysics Institute told the AFP news agency from the island of Tenerife.

"We can see perfectly well the disc of the moon which is covering the sun. It is very nice. It is one of the most marvellous astronomical spectacles you can see.

Die-hard eclipse junkies flew into the Faroe Islands, a Danish autonomous territory, and Norway's Arctic Svalbard archipelago, from around the world to observe the less than three minutes of daytime darkness, a phenomenon that has fascinated mankind since the beginning of time.

In Svalbard, which is just emerging from four months of winter darkness, hotels were fully-booked for years ahead of the event, the 10th solar eclipse of the 21st century.

Elsewhere in Europe, views of the predicted spectacle were mixed. Clear skies gave people in Germany a good view. In France and Denmark, many complained that clouds also ruined their chances of seeing anything besides grey. While in Italy the sun was so bright that the moon failed to block out its rays.

The next time a similar solar eclipse is tipped to happen in Europe is in 2039. 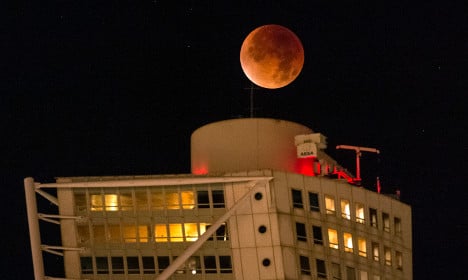 MOON
Swedes stay up to catch glimpse of supermoon 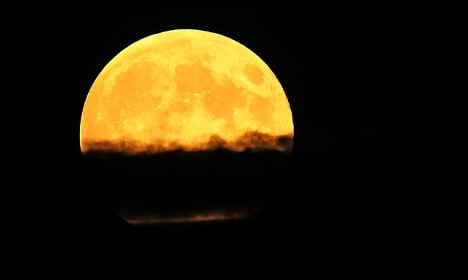 MOON
Why you should stay up for Sweden’s supermoon
Url copied to clipboard!