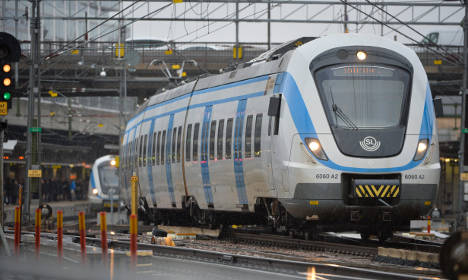 Rail traffic to and from Stockholm has been disrupted since one of the southbound tracks from Stockholm central station was completely shut down during the night on Monday, due to a crack in a railway switch at Tegelbacken junction in the city centre.

Because the switch is old, no spare parts were immediately available and it took until Monday morning before repairs could get underway. The railway switch is expected to be back in action no earlier than 5am on Tuesday.

“The reason why it takes so long is that there is so much traffic on this line that they cannot work in a safe way until tonight when there will be less traffic,” Monica Näslund, press spokeswoman for Sweden's Transportation Authority (Trafikverket) told public broadcaster SVT.

By Monday lunchtime, Stockholm commuter trains (pendeltåg) were running more or less on schedule, with the exception of certain trains only going as Älvsjö just outside the city centre, instead of calling at Stockholm central station.

Long distance trains to Karlstad were going via Västerås west of the capital instead, with some regional trains to Hallsberg, Norrköping and Linköping terminating in Södertälje, south of Stockholm.

"On Monday about 50 trains and around 5,000 travellers will be affected," Maricka Berggren, press spokeswoman for Swedish rail operator SJ, told news wire TT.

Fast trains from Stockholm to Malmö and Gothenburg are running as normal.

Travellers between Sundsvall and Ånge in northern Sweden also experienced delays, after a train derailed at a timber station at Töva. Trains were running to schedule again on Monday afternoon.

The incident spells more rush hour chaos for Stockholm commuters, where escalators at 11 of the city's underground stations remain switched off after a woman nearly lost her leg in an accident last month.

The following lines are affected by the faulty switch at Tegelbacken: 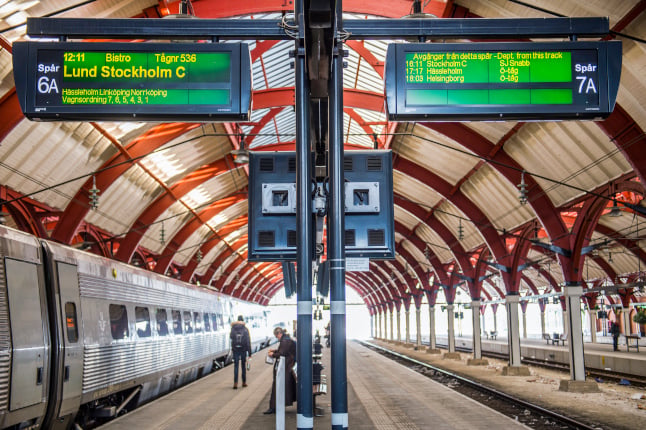