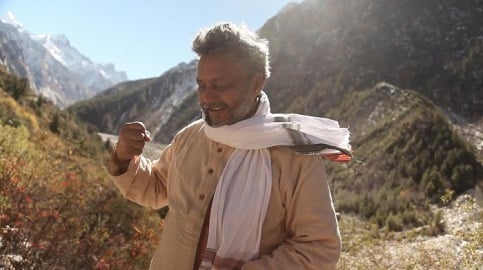 This past weekend was World Water Day across the globe.

The event was celebrated in Sweden by a conference on water and sustainability in Stockholm, as well as the announcement of this year's prestigious Stockholm Water Prize.

The winner was Rajendra Singh, an Indian man who has restored water – and life – to many villages using modernizations of traditional methods.

"The Stockholm Water Prize, which is now 25 years old, is given to individuals and organizations who have made outstanding contributions to a water-wise world," Jens Berggren, director of the awards operations at SIWI, the Stockholm International Water Institute, said at the event.

"The fact that Sweden takes a step forward and says that water is a sustainability issue is very important," the director of Swedish Waterhouse said.

"We all have a responsibility to protect the world's water. We must use water carefully, and consider its use both in industry and how it is impacted by carbon emissions."

Rajendra Singh studied to be a doctor, but when he arrived in the countryside state of Rajasthan in the 1980s, he found himself faced with a different problem. The villagers needed water. Rivers were disappearing, wells were drying up, there were no crops, and the village was slowly dying off.

So Singh brought back to life an old tradition of building earthen dams, called johads. It was nothing ground-breaking – they were really just traditional Indian methods of gathering and storing rainwater, traditions from thousands of years ago. But when India was colonised, the people stopped using johads.

Today they use them once again, and in Rajasthan alone Singh has helped to build 8,600 johads.

"He has literally made the desert bloom again," Jens Berggren said. "He has given the people not just water and thus food, but also power over their own lives, and hope for the future."

Today Singh has helped Indians to return to these methods in thousands of villages, and the land is becoming greener. Rivers are flowing again and animals which left are now returning.

"Today's water problems cannot be solved by science or technology alone," the prize committee explained of its choice.

"They are instead human problems of governance, policy, leadership, and social resilience. Rajendra Singh’s life work has been in building social capacity to solve local water problems through participatory action, empowerment of women, linking indigenous know-how with modern scientific and technical approaches and upending traditional patterns of development, resource use, and social norms."

When the committee contacted Rajendra Singh himself,  the "Waterman of India" was touched and proud. He said that he was proud of the people who had won this award – not just himself. These were people who people didn't think could do anything; people who could not even read. And they had taken control of their own lives.

Singh also noted that water is key to a future of success and peace.

"This work of ours is a way to solve both floods and droughts globally. Therefore we believe the impact of this work is on the local level, national level, the international level and above all at the village level," he said.

That applies to conflicts as well – lack of water can lead to intense conflicts and even spark crises such as the war in Syria.

"World peace is only possible when everyone has clean drinking water," he said.