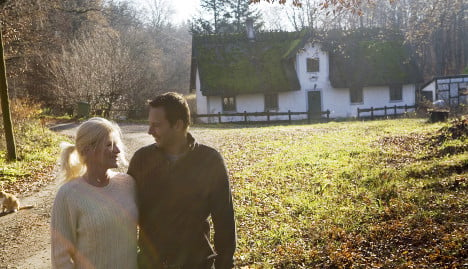 Just over a quarter of immigrants who were single when they arrived in Sweden were reported to be in a relationship after five years in the country.

“In general we tend to choose partners from our own group who are similar to us in terms of age, level of education, social status, and religion and we tend to marry people who look like us,” Thomas Niedomysl, a senior lecturer in the Department of Human Geography at Lund University, told The Local.

He said that a reason for the phenomenon is that highly-educated immigrants might not be able to get certain jobs in Sweden where they would meet potential Swedish partners.

However, the figures varied widely according to nationality.

Single Thai women were the most likely to end up with a Swede, with the figure standing at 81 percent after five years.

"Presumably many of them met while on vacation. Interestingly, this is not the case for Swedish women, who do not tend to marry Thai men," said Niedomysl.

The percentage was also high for Finnish women, at 59 percent, and for Danish men at 29 percent.

Those who remained single in Sweden were more likely to emigrate, especially those who had arrived for work or study purposes.

“Singles in general tend to move more often to Sweden, from Sweden and within Sweden so it's more of a general phenomenon," said Niedomysl.

"If you're single then you are not so attached to a place and if you need a new job it's easier for a single person to find one job in another destination compared to a couple who have to find two jobs.”

Roughly 60 percent of immigrants to Sweden were already married or cohabiting. They’d either arrived with a partner, had a partner who’d stayed behind, or their partner was already living in Sweden.

Of this group, six out of ten immigrants were in a relationship with someone from their country of birth.

Those who immigrated to Sweden for family reasons were more likely to leave the country if they split with their partner.

Entitled Love Beyond Borders and published by Statistics Sweden, the report looked at the family situations of around 350,000 foreign-born people who had immigrated to Sweden between 1998 and 2007.