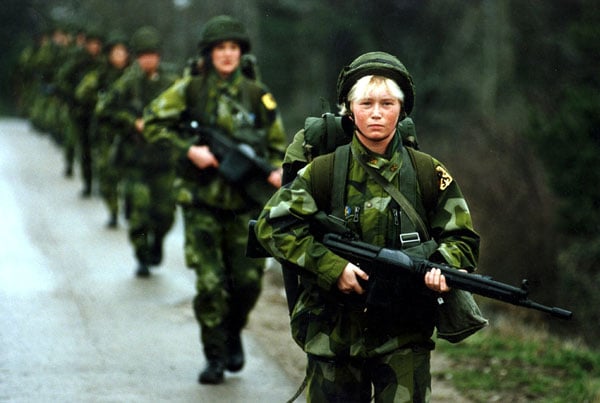 According to Mikael Wallentin Åström, who works for the Swedish Armed Forces in organization development and defence logistics and procurement, the military’s current gear fails to take into consideration the fact that all bodies are different.

“Everyone should have a uniform or workwear that allows him or her to function as a soldier,” he told the Swedish news agency TT.

But military equipment has historically been based on a soldier who is male, 185 centimetres tall and who tips the scales at 80 kilos.

That is set to change. The Swedish Armed Forces and the Defence Material Administration are now working to ensure that gear fits a greater variety of people than before. The goal is to achieve equality in design – from uniforms and boots to body armor and tents.

“We have tents that are difficult for someone to put up if they under 172 cm tall,” Wallentin Åström said. “And it’s not safe if helmets start falling over soldiers’ eyes because they don’t fit well.”

In addition to uniforms, weapons will be looked at anew. Their size and weight should be appropriate for different levels of strength.

“A more equality-based design is good for everyone,” Wallentin Åström said. “Lighter and better balanced weapons are more effective and easier to carry for longer, regardless of gender.”

The equipment overhaul is set to be complete within five years. As the new designs are created, they will be tested by soldiers, especially women.

“It’s a question of fairness,” Wallentin Åström added. “All of our personnel should be able to operate safely with the equipment that we give them.”