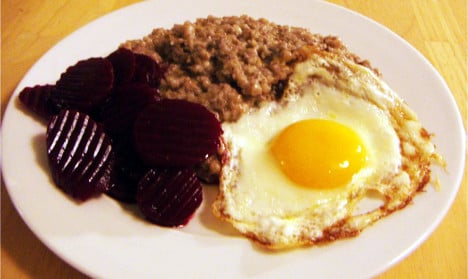 Last week, we duped at least some readers with our April Fool’s video about a town in southern Sweden where the residents say “och nae!” instead of “nej” (no). This was apparently a legacy of the Viking invasion of Scotland.

One of the reasons why the video was so believable (leaving aside the acting skills of our editor and an obliging linguistics professor) is that there are so many connections between the two countries – and not just the language.

Here are six of them:

The English-Scottish Hamilton clan is just one example of a noble family that has relatives in Sweden. Among the clan’s Swedish members are former Liberal MP and professor Carl B. Hamilton and the former head of Swedish Television (SVT), Eva Hamilton who was in 2007 recognized as "Sweden's most powerful woman in media" by Veckans Affärer magazine.

The late laird Baron John Bonde of Charleton House in Fife, eastern Scotland, counted Swedish royalty among his ancestors. On top of that, his godfather was the future king of Sweden Gustaf VI Adolf, who ended up marrying two British princesses. Ok, so we were lying when we joked that residents in the small (fictional) Swedish town of Åkeby said “och nae!” But there are several Swedish words that sound suspiciously like Scottish ones.

The Scottish word for child, “bairn”, for example, is similar to “barn” – Swedish for the same word.

If you were to say “I know a bloke” in Scotland, you might say “I ken a bloke”. Spot the echo in the Swedish phrase: “Jag känner en kille”.

Some words are even spelled the same or have exactly the same sounds, for example "het" (hot) and "efter" (after). In Swedish “puss” is a kiss and in Scotland “pus” means mouth. Coincidence? We think not. A Scottish bairn and a Swedish barn: Shutterstock

It may not look like the Scottish highlands, but there’s a residential area in the Danderyd municipality, north of Stockholm, that bears the name 'Inverness', which is also a Scottish city.

No one seems quite sure how the smaller Swedish version got its name. One theory, put forward by Stockholm scholar Martin Stugart, is that the area used to be called Ingvarsnäs. It may have changed to Inverness, he believes, because a group of Englishmen working there had difficulty pronouncing the Swedish word.

Another theory is that a former owner of the land, Thorsten Ax:son Johnson (1883-1956), had a wife who came from Inverness in Scotland. Not as picturesque as Inverness in Scotland is it? Photo: Janders/Wikicommons

They may not be as mouthy or as organised as the Scots, but Swedes and Swedish speakers also have separatist tendencies.

Over in the Swedish-speaking Åland Islands in Finland, for example, the Ålands Framtid (Future of Aland) party is still campaigning to turn the island into an independent state.

Meanwhile in Skåne, southern Sweden, the right-wing populist, anti-immigration Skånepartiet is pushing for full sovereignty. Party policies include forcing all Muslims to leave the area and abolishing the state alcohol monopoly administered by Systembolaget. As for the Scots, at least a few of them are looking northward. During the lead-up to the Scottish Independence referendum, there was talk of Scotland forging strong political links with Scandinavia.

Angus Robertson, defence spokesman for the Scottish National Party (SNP) even suggested – in the Guardian newspaper – that Scotland could join the Nordic Council.

"Given that Scotland is a northern European country with the Atlantic to our west, the Iceland gap to our north and the North Sea to our east, we should take responsibility for the environmental and defence challenges we face there,” he said.

This has been ruled out for now – but who knows what the future holds?

Yes, the Swedes have also been known to put dodgy-looking innards into their food. True, pölsa may not have quite the same taste and consistency as traditional Scottish haggis, but it comes pretty close.

According to the traditional recipe for pölsa, it consists of liver, heart, onion, pot barley, and often ground beef or minced pork, mixed with stock, black pepper and marjoram. Typically, it’s served with boiled or mashed potatoes, pickled beetroot and occasionally a fried egg.

Like the Scots, the Swedes are also proud of their whisky – Mackmyra – made from Swedish ingredients. Swedish Mackmyra whisky and pölsa, which is suspiciously like haggis. Photos (left to right): Fredrik Sandberg/TT and Jurek Holzer/SvD/TT

We’ve all heard of Nordic Noir – a hugely successful genre characterized by its gritty realism and flawed, weather-beaten police detectives. Swedish exponents include Stieg Larsson, author of The Girl with the Dragon Tattoo and its sequels, and Henning Mankell with his Kurt Wallander detective series.

But several Scottish crime writers have also made a 'noir' name for themselves in recent years, including Ian Rankin – the so-called “King of Tartan Noir” – best known for his Inspector Rebus novels.

Among other Scottish writers associated with ‘noir’ are William McIlvanney and Denise Mina – who, incidentally, will be appearing at the Crime Time festival on the Swedish island of Gotland later this year. Can you think of any more connections between the two countries? Let us know in the comments section below.