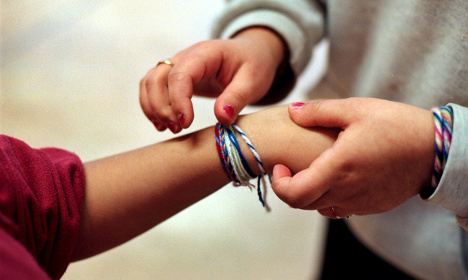 The Swedish government announced on Wednesday that they are going to allocate 13 million kronor a year from 2016-19 in their spring budget to educating so called “bridge builders”, who will work to increase knowledge of Roma culture and language in education and social care sectors.

“The way in which we have treated people with their roots in Roma culture and background is a very dark chapter of the story of our country and our development,” wrote Sweden's Culture and Democracy Minister Alice Bah Kuhnke in an opinion piece for newspaper Metro.

“Much work remains to be done, but Sweden should be a country where everybody is treated equally,” she added.

Emir Selimi, founder and chairman of the organization for young Roma people in Sweden ('Unga Romer'), echoed the minister's words, but said the focus was wrong.

“All investment is good, but at the same time I want to change what's being focused on. Inclusion and integration is not just for Roma people, but for society towards the Roma. It's not illegal to be a member of the Roma community, but it is illegal to discriminate,” he told The Local.

Sweden has been hit by a wave of hate crimes against minorities in recent years. The Local reported in March that human rights organization Civil Rights Defenders has sued the Swedish state over an illegal police register of Roma people in 2013. The list, which was compiled by the regional Skåne police in southern Sweden, included some 4,700 people, some of whom were children.

The government's new investment forms part of an overarching strategy for Roma inclusion initiated by the previous centre-right government in February 2012. The goal is that a Roma person who turns 20 in 2032 should enjoy the same opportunities as a non-Roma.

Although a lot of current domestic debate is centred around poorer Roma people travelling to Sweden from Eastern Europe, the ethnic minority has in fact lived and worked in the Nordic country for centuries.

And Selimi said that it is time for society to step up now, not in two decades.

“Historically, Roma people have lived in Europe for seven to eight hundred years. If people who emigrated to Australia just two hundred years ago can call themselves Australians, why can't we call ourselves Europeans? How much do you need to invest to replace all of that which has been taken from the Roma community?”

Around 50,000 Roma people live in Sweden. And ahead of International Roma Day on Wednesday, EU commissioners called for the member states to address the problem of discrimination.

But Selimi argued the EU needs to do more to ensure any funding is allocated to where it is needed.

“A lot is already being done, but the EU needs to have greater control of where the money goes. There's still a long way to go. But one of the things I want to emphasize, which my organization works a lot for, is the need to create a wider context to combat the incredible lack of knowledge of Roma culture. In the end, when you get to know a person you understand that they're much the same as everyone else.”