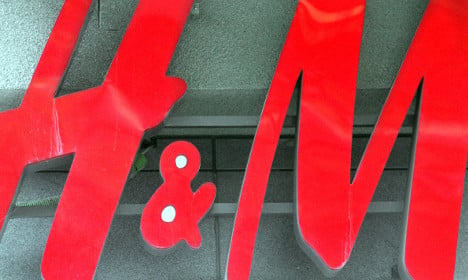 Dubbed ‘clothes collection day’ (klädinsamlingsdag) in Swedish, the company says it decided to launched the initiative after learning that 95 percent of clothes that are thrown away could be reused or recycled.

On Friday April 17th, customers can take everything from unworn dresses to stained and ripped socks into H&M stores around the nation. Those who do so will be given a 50 kronor ($5.60) voucher, which can be used the next time they spend at least 300 kronor in a store.

The clothing chain is hoping to gather five tonnes of garments during the amnesty.

“Our long term ambition is to reuse and recycle all textile fibres,” he told Sweden’s GP newspaper.

According to H&M, an average eight kilos of clothes per person are thrown away each year in Sweden.

The Swedish multinational firm has 3200 stores in 55 countries and has long sought to establish itself as a world leader in sustainability in the fashion industry.

But as a high volume business, manufacturing 600 million items each year, environmental campaigners have questioned its carbon footprint.

Last month the company was also among a list of Swedish companies accused of child labour and poor working conditions in its Cambodian factories by the campaign group Human Rights Watch.

The fashion giant recently pledged to open 400 new stores in 2015 as the company announced that its rising profits had exceeded expectations in 2014.

Shoppers can take unwanted clothes from any brand into its stores on Friday.