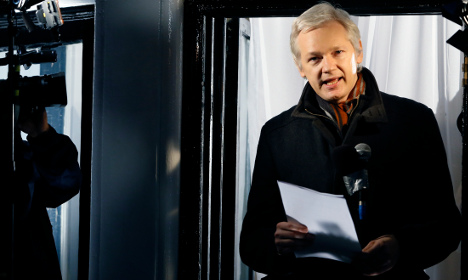 “We have today sent a confirmation to prosecutors that Julian Assange agrees to be questioned. He assumes that the interrogation will follow the existing rules framework,” his lawyer Thomas Olsson told Swedish newspaper Dagens Nyheter on Thursday.

The written confirmation is understood to have been sent to Swedish prosecutor Marianne Ny.

Olsson told Dagens Nyheter he assumes that prosecutors will now solve the formalities that will allow the interrogation to take place. He said that Assange has not put forward any special conditions in order to be quizzed.

It was reported in March that the Australian had said he would only agree to be questioned if given access to the investigation files in advance.

Sweden issued an arrest warrant for Assange, 43, in 2010 following allegations from two women in Sweden, one who claimed rape and another who alleged sexual assault.

The former hacker, who has vehemently denied the accusations and insisted the sexual encounters were consensual, has been ensconced in Ecuador's embassy in London since 2012 to avoid extradition to Sweden.

Marianne Ny said in a press release in March that the reason the request to interview Assange in London has now been made is that a number of the crimes he is suspected of will be subject to 'statute of limitation' in August 2015, which refers to the maximum time after an alleged offence that legal proceedings may be initiated according to Swedish law.

"My view has always been that to perform an interview with him at the Ecuadorian embassy in London would lower the quality of the interview, and that he would need to be present in Sweden in any case should there be a trial in the future. This assessment remains unchanged," said Ny at the time.