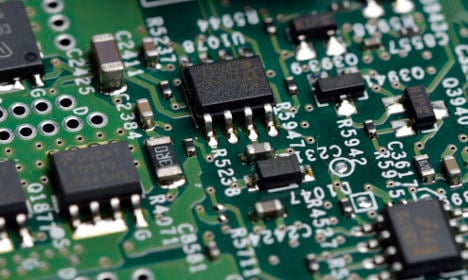 Between 2006 and 2011, around 450,000 jobs in Swedish industry, commerce and administration disappeared, while demand for lawyers and computing experts grew rapidly, according to the report for the Reform think tank on behalf of the Swedish Foundation for Stategic Research.

The research suggests that the number of computer specialists shot up by 20 percent over the five year period, and predicts that there will be twice as many experts in the field in 20 years compared to today.

As Sweden’s technology sector has expanded, there has also been a growing need for legally savvy staff who can handle the nation’s increasingly complex society, according to the report. The number of lawyers in Sweden increased by 18 percent between 2006 and 2011, it says.

The report’s author Stefan Fölster argues that the digitisation of Swedish society and the rising number of technical jobs is the reason that employment levels have risen in the Nordic nation, despite the decline of more traditional industries.

Commenting on the report in a debate article in Swedish newspaper Dagens Nyheter he predicts that in five years from now, every ten jobs will become “automated” or carried out by technology, noting that many “routine” roles in industry administration and at supermarket checkouts have already followed this trend.

“Thanks to smart computers, many companies, for example, produce and manage a growing range of products and services to be sold, distributed and serviced. There is increasing demand for many kinds of professions from sellers from specialist dealers to repairers,” he writes.

But he argues that Sweden’s Social Democrat-Green coalition is not focussed enough on investing in this field, following the government’s budget announcement on Thursday.

There needs to be a “much more active agenda” in this field, he writes, with added investment in research and development.

The government has said it wants to focus on trainee programmes and entry-level jobs in order to to tackle youth unemployment. Around one in five young people in Sweden are currently out of work.