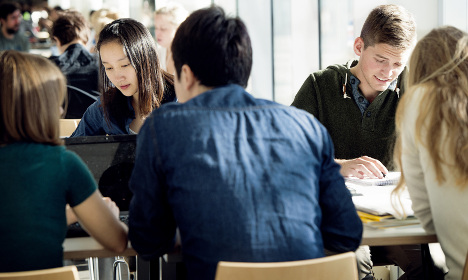 Connie Dickinson came to Sweden to study mathematics at Mälardalen University (Mälardalens högskola), a course which was later rapped for sub-standard teaching.

After two years of studies, she told the college in 2013 to return her tuition fees of 183,000 kronor (then $28,000) after the Swedish Higher Education Authority (Universitetskanslersämbetet) criticized the specific mathematics and statistics course as not reaching an appropriate standard.

Mälardalen University has campuses in the central Swedish towns of Västerås and Eskilstuna. The school has consistently refused to refund the money on the basis that the request is not supported by Swedish law.

The disgruntled student, meanwhile, has complained that the teacher simply handed out some papers and then left, and seemed to speak neither Swedish nor English. She has also claimed that there was a lack of chairs, forcing some of her classmates to sit on the floor.

Sweden-based Centre for Justice (Centrum för rättvisa), which helps individuals protect their human rights through litigation, has now sued the school on behalf of the former student.

In an opinion piece published in Swedish newspaper Dagens Nyheter on Monday, representatives of Centre for Justice write: “When Connie Dickinson tried to assert her right and demand back the money it turned out that she had ended up in a judicial vacuum because there were no rules that were applicable to her situation. Connie Dickinson feels tricked as well as without legal rights.”

Although higher education is more or less free for Swedes and students from the EEA area, overseas students have paid tuition fees since 2011.