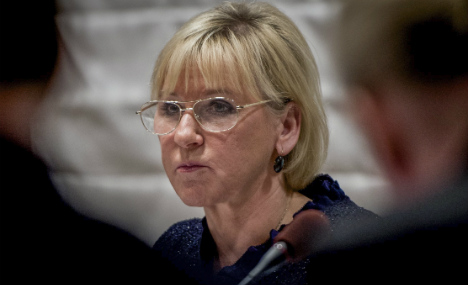 Two Swedish men held hostage by Syrian jihadists have been reunited with their families in Sweden, media reports said on Sunday.

The hostages, named in local media as Thomas Olsson, 50, and Martin Reen, 33, were freed with the help of Palestinian and Jordanian authorities, according to Sweden's foreign ministry.

According to the Swedish Christian newspaper Dagen, the men were taken hostage in November 2013 when they crossed the border into Syria while doing missionary work in Jordan.

"We are doing well under the circumstances and want to thank everyone who was involved in setting us free. Now we want to be with our families and meet our children," Olsson told Swedish news agency TT, adding that they needed peace and quiet and would not answer questions about their ordeal.

"A special thanks to Palestine and president (Mahmud) Abbas personally who engaged in a decisive way, as well as to the Jordanian authorities," she said in a statement.

She said Swedish police were also involved in the hostage negotiations.

A Swedish foreign ministry spokeswoman declined to comment further on the case. It was unclear when the men were kidnapped, where they were held or whether a ransom was paid.

The Palestinian ambassador to Sweden Hala Husni Fariz told TT that the men, who were freed on Friday, had been kidnapped by Al-Qaeda's Syrian affiliate, the Al-Nusra Front and held close to the Jordanian border.

She added that Palestinian security services had helped negotiate their release for over two months.

The leader of a pentecostal church in northern Sweden told the paper that the men were members of the congregation.

An official branch of Al-Qaeda since April 2013, the Al-Nusra Front dominates a swathe of northwest Syria.

As well as fighting President Bashar al-Assad's regime, it has clashed with Western-backed rebels and its jihadist rival the Islamic State (IS) group.