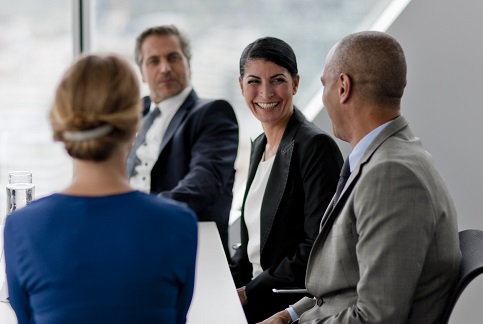 Moving abroad has its challenges. Foreign professionals who find their way to Sweden, for whatever reason, have to get used to silent queues, mandatory coffee breaks, and plenty of awkward hugs.

But they face a number of far more serious complications as well.

“When I moved here in 2007 to join my Swedish husband, I was looking to start a family and have a slower-paced life,” Indian-born Nisha Nilsson tells The Local. “But I didn’t think it would be that difficult to find a job when my parental leave ended and the time came to return to the workplace.”

Prior to arriving in Sweden, Nilsson had spent 15 years working for the UN, both in New York, and in peacekeeping operations in the Democratic Republic of the Congo, Croatia, Bosnia, and Eritrea. In short, she had a wealth of international experience and a US-university education that helped guide her Swedish job search. “Having a professional background in human resources, I was very careful in my application process, and applied only for jobs that truly matched my qualifications,” Nilsson recalls.

‘I really had the wrong idea’

Still, Swedish employers were left unimpressed. Despite 30 applications, she wasn’t called back for a single interview. “It’s a frustrating situation for highly-educated people like myself, who are mid-career professionals, to have to wait in limbo.”

Lithuanian immigrant Laura Dzemedzionaite faced similar frustrations when the realities of finding a job in Sweden failed to meet her expectations.

“I had this image of Sweden as a multicultural and English-speaking country, so I didn’t think it would be that hard for me to find a job,” she recalls.

Omstart: Advice on finding a job in Sweden

Despite her bachelor’s degree in economics and master’s in finance, Dzemedzionaite only received three interview offers from 70 applications – none of which resulted in a job.

“I really had the wrong idea about the Swedish qualified job market,” Dzemedzionaite explains. “When I moved to the UK it only took me one month find a job. In Sweden it took ten.”

When Dzemedzionaite did finally find work, it was through luck and her fiancé’s contacts – and not from her dozens of applications.

But there are those – on both sides of the equation – who are trying to change the situation.

“Sweden is missing a collected resource of all the information new professional immigrants need,” Pär Karlsson of trade union federation Saco (the Swedish Confederation of Professional Associations), tells The Local.

Saco, which includes 22 affiliated unions throughout Sweden, is trying to help foreign professionals into the Swedish labour market. And it’s no simple task.

Karlsson notes that newly-arrived professionals run into different problems at different stages of their job search, such as getting their degrees and qualifications verified, supplementing their education, and quite simply finding a job.

“Different kinds of information is available on different organizations’ websites, but they aren’t always updated and they’re not usually connected to each other,” Karlsson explains. “You have to look up each and every one and see which organization does what.”

In some cases, that never happens.

“There’s no structure,” Nilsson states emphatically. “Most foreigners find the information they need by word-of-mouth from other foreigners. There needs to be a central place to find all the information.”

“I was missing the right information–information about what the job market is really like. The first time I went to [employment agency] Arbetsförmedlingen I cried afterward, because no one could help me and after meeting a case worker I was left completely demotivated. I had to find out everything myself by sticking my nose in and bothering people I knew.”

For both Nilsson and Dzemedzionaite, one of the main complications was getting their qualifications recognized.

“Foreign qualifications are never as good as Swedish qualifications. They assume that your education doesn’t live up to their standards,” Nilsson, who has a Master’s degree in International Affairs from Columbia University, adds.

The problem isn’t just finding the right information, but also doing things in the right order. Immigrants must register their addresses, sign up for personal numbers, visit the employment agency, and complete a host of other tasks – at just the right time and in the right order.

Saco’s goal is to streamline degree verification, as well as every other part of finding a job, through a website called Omstart – meaning “restart” or “new beginning” in English.

“We decided to fill that gap and create a website that serves as a starting point for a new working life in Sweden,” Karlsson explains.

“It’s created specifically for immigrants with university-level degrees, and links to a number of other sites such as the Migration Board, the jobs agency, the Swedish Higher Education Authority, et cetera.”

Launched in 2011, Saco’s Omstart web portal has helped thousands of foreign job-seekers find the information they need. The site is currently being updated and improved, but it’s already a priceless resource – for those who find it.

“If I had known about Omstart things would have been much easier,” Nilsson says.

“But how would I have found out? My Swedish husband doesn’t know these things. Foreigners have to find things out from each other.”

When Dzemedzionaite discovered she was not the only one struggling, she joined forces with others to co-found Sveriges Internationella Talanger, a network of foreign professionals. Today the organization is driven by co-founders Samara Johansson, Carlos Salas, and Liz Bernat.

Nilsson soon stumbled across the network, and SIT, which has grown to 800 members from 90 countries, has helped them both along the way.

SIT is gaining traction, having forged a relationship with Stockholm City earlier this year in the organization's continued efforts to raise awareness about the talented pool of international professionals in Sweden. But roadblocks remain for many educated immigrants' Swedish job search.

While Karlsson believes public agencies should take more responsibility for making the information found on Omstart available, he recognizes the pitfalls of dealing with large bureaucracies.

“This should be the government’s responsibility. But it’s also easy for information to fall between the cracks,” he explains.

A “massive machine” like the national employment service isn’t set up to address the particular needs foreign graduates have when looking for work.

Saco, on the other hand, puts its focus on workers with university degrees and is thus particularly well-suited to help educated foreigners ease their way into the Swedish job market.

“There are a lot of people who don’t realize our union is actually for academics,” says Karlsson. “Right now, not enough people take the easy path because they don’t know what it is. There’s still a lot of room for improvement.”

This article was produced by The Local and presented by Saco.